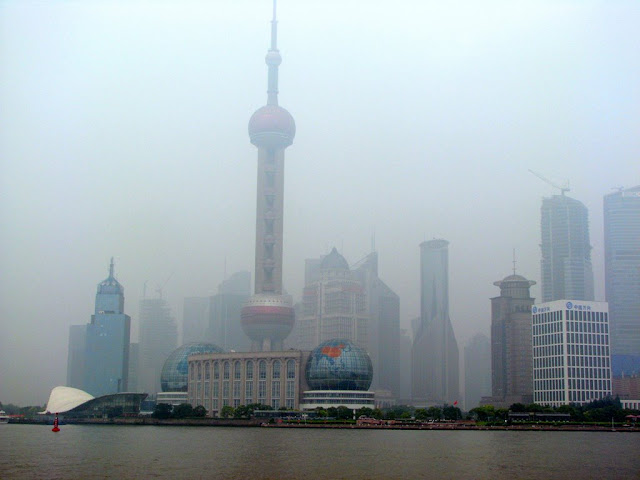 Did you know that license plates from other provinces are distinguished by a single, unique Chinese character? In Shanghai, license plates have the Hu character (沪), which is the name of a fishing tool made by the fishermen that lived in the pre-modern era and is also the nickname for this city. Since that time, Shanghai is one of the most prosperous and highly populated cities in China with more than 20 million people bustling through its streets. Located near the eastern coast, Shanghai is a municipality with its own government, so it is not a part of the Jiangsu province.

Haibo the Mascot of the Shanghai World Expo 2010

We had arrived in Shanghai at the start of our tour in China, exhausted by the time zone change and 16-hour flight. Our tour guide, Roana, and driver picked us up at the airport and dropped us off at our hotel. The tour was to start on Monday June 14, so we had the opportunity of meeting up with my cousin, Yick, and her parents (Aunt and Uncle Lee) and visiting the Shanghai World Expo (May 1 to October 31, 2010). I have written about our experience in a separate report. 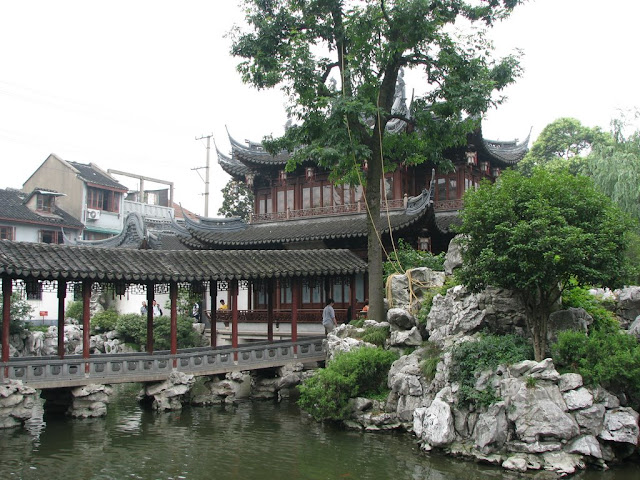 On June 14, we visited the classical Yuyuan Garden located in Anren Jie, Shanghai—a district with a temple and many shops selling snacks, handicrafts, and souvenirs. The garden was built in 1577 by a Ming government official, Pan Yuduan. There are many spectacular sights to see in the garden ranging from the pavilions to the artistic ponds and flora. A major attraction is the Exquisite Jade Rock that is 10.8 feet tall and has 72 holes. It is said that if you put a coin in one of the holes at the top and catch it at a hole near the bottom, then you will have good luck. It truly is a picturesque sight! 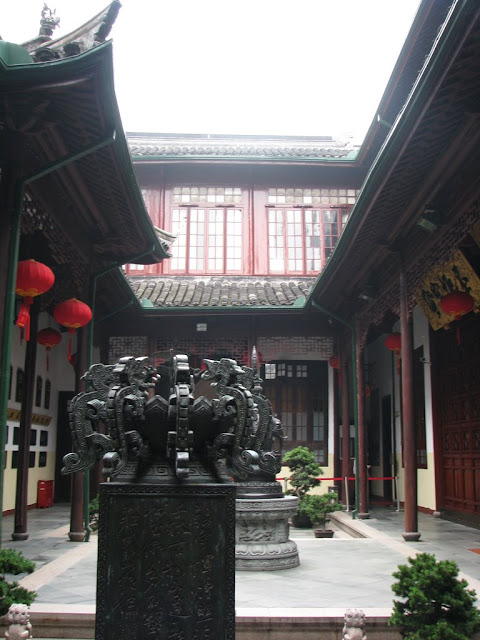 After visiting the garden, we went to the Jade Buddha Temple located in the western part of Shanghai. The Temple houses many Buddhist artifacts: the scriptures, paintings, and most importantly, two of the four jade Buddha statues that were imported from Burma by the monk, Hui Gen in 1882. The Sitting Buddha and the Reclining (or Recumbent) Buddha are carved in beautiful white jade. The Sitting Buddha is found in a private chamber on the second floor of the temple and could only be observed from a distance in a protective case. The Buddha is depicted in the state of meditation and enlightenment. Here one could pay 30 yuan to pay for oil to keep the fire burning so that your wish may come true. However, I was not able to take a picture, according to the temple rules. 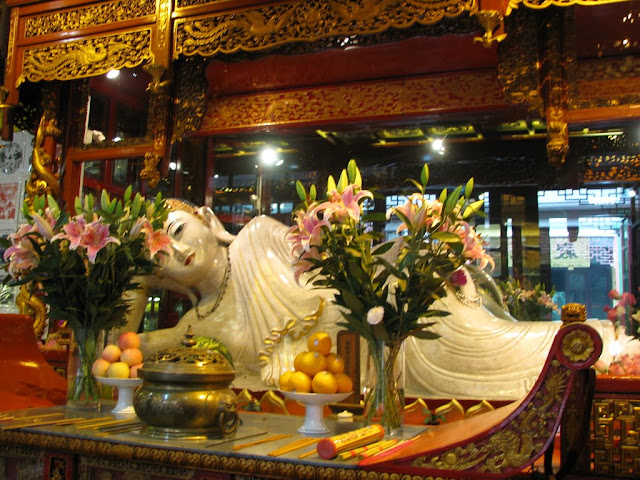 The Reclining Buddha is depicted in “lucky repose,” in which he lies on his right side with his right hand supporting his head and left hand resting on his thigh. Both jade works are very refined and detailed, although I find that the workmanship on the Sitting Buddha to be more impressive. 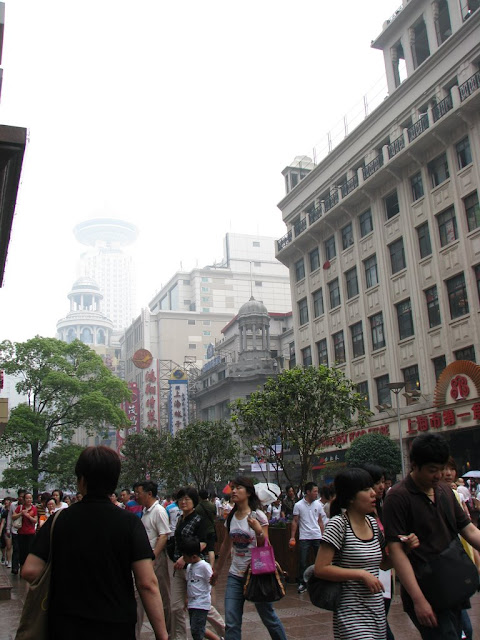 Next, we were hustled off to Nanjing Road—a famous landmark connecting the Bund to the junction of Jian’an Temple and Yan’an West Street. It is also the one stop for fashion shoppers with over 600 stores—upscale modern and traditional. The Bund (also called Zhongshan Dong Yi Lu) is the famous waterfront on the western bank of the Huangpu River that divides Shanghai. Along the west side of the Bund is the Shanghai International Settlement, where 26 Western-styled buildings housed the financial institutions of the Europeans, Americans, and Japanese.

From 2008 to 2010, the Bund underwent reconstruction to reconfigure traffic and to expand the space for public activity. Huangpu Park at the northern end of the Bund houses the tall, peak-like Monument to the People’s Heroes from the revolutionary struggle for Shanghai during the Opium Wars and the Waibaidu Bridge. 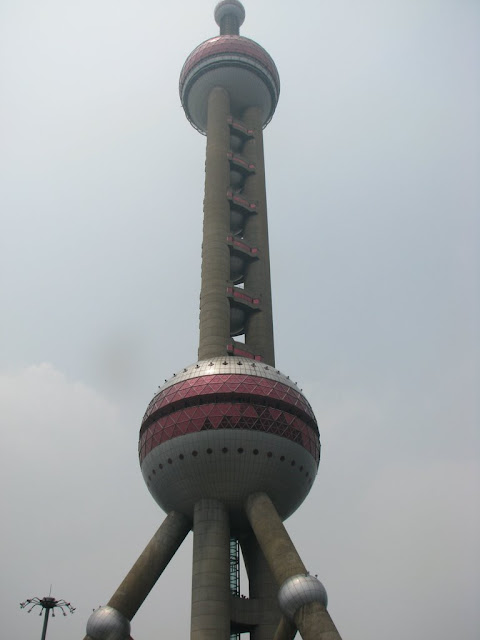 The following day, June 15, we visited the eastern bank of the Huangpu River—the financial Pudong region—to see the Oriental Pearl Tower. Unfortunately, when we saw the tower from the other side of the river, the view was so hazy due to the humid weather. The tower has a unique structure of two pearls strung through the vertical section supported by tripod legs and rests on greenery. In fact, the design was inspired by the Tang dynasty poem, “Pipa Song,” by Bai Juyi. 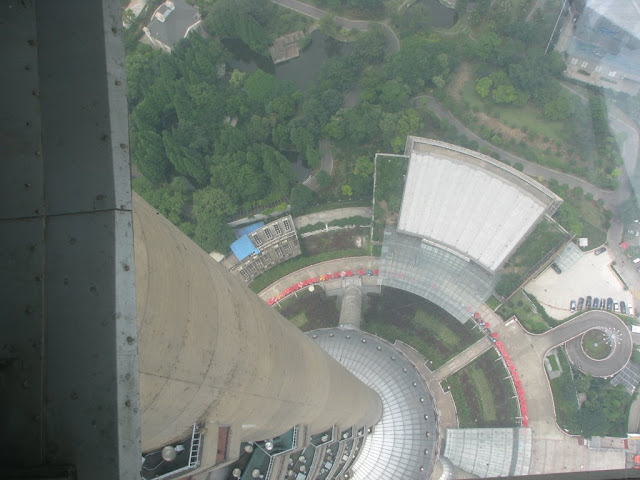 View from Observation Deck in the Oriental Pearl Tower

On the highest pearl, there is an observation deck where visitors can look down at the sights below.

Our last visit was to the Shanghai Museum. The museum exhibits primarily ancient Chinese art and culture from Shang to the Qing dynasties; it is divided into sections for bronzes, paintings and calligraphy; sculpture, furniture, coins, seals, and minority nationalities. 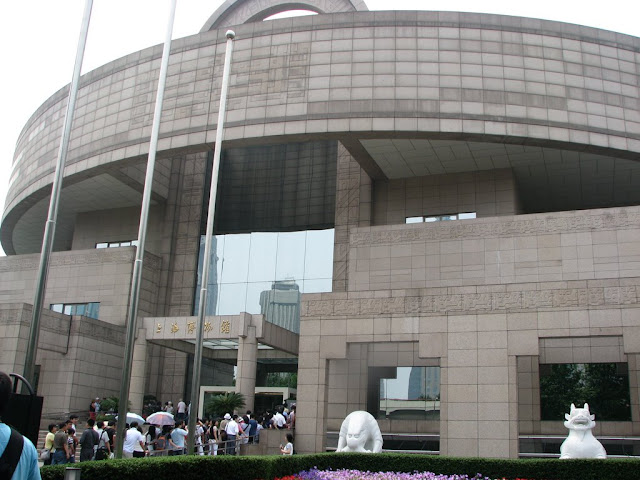 Unfortunately, our tour did not take us to try the local Shanghai cuisine. We merely went to restaurants serving typical Chinese dishes and tried Shanghai-style dumplings. Shanghai cuisine is known for its sauces and fresh, mellow, and lightly spiced tastes. Also, in any metropolitan city in China, you can always find bakery and drink shops. We stayed in the Ramada Plaza Gateway Hotel in the Xuhui district in Shanghai; its convenient location was situated near a Starbucks café and a Taiwanese-style pastry shop, where every night we would purchase Chinese-style milk tea to relax.

In a metropolitan city that houses more than 20 million, there are still many more places to visit and try their cuisine. The hotel that we stayed at is a very convenient location. The subway in Shanghai is very convenient with a brief walk to the station closest to the sport stadium. The cost ranges from 2 to 9 yuan according to the distance you want to travel. If this is your first time, buying tickets from the ticket booth is more effective than using the self-service machines. Also, when choosing a hotel, research the area around your hotel for services, such as laundromats, restaurants, and banks. We were lucky that across the street from our hotel there was a laundromat run by an older couple, who were helpful in washing and drying our clothes in time for our train ride to Hangzhou.