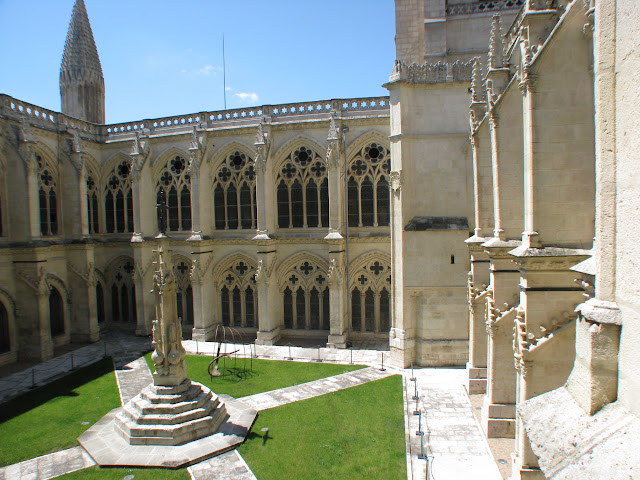 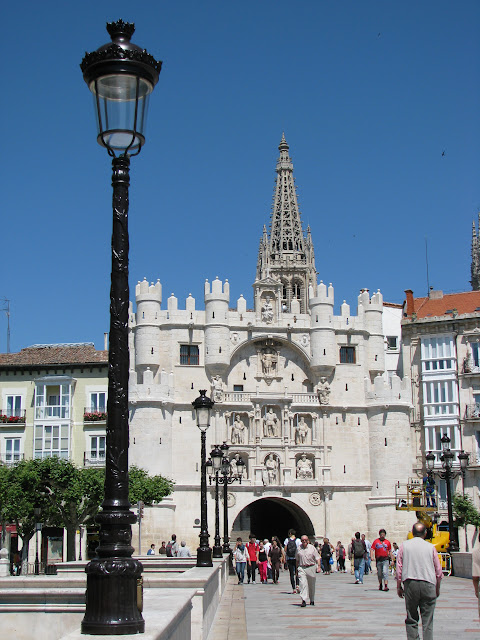 In 1034, Burgos was founded by the counts as the capital of the kingdoms of Castile, León, and Galícia. The gate of Santa Marie is the main entrance into the old part of the city. Beautiful carvings of historical people and legends decorate the gate. In the Squares of Rey San Fernando (King Saint Fernando) and Santa María, we had our first impression of El Catedral de Burgos (Cathedral of Burgos) that was built in 1221 by King Ferdinand III and Bishop Mauricio and dedicated to the Assumption of the Virgin Mary.

The cathedral is designed in the Gothic and Baroque style—both forms of architecture are characterized by elaborate agglomerations of carvings and reliquaries of gold, wood, and alabaster. It took 300 years to fully complete the cathedral’s expansive chapels and decorations. 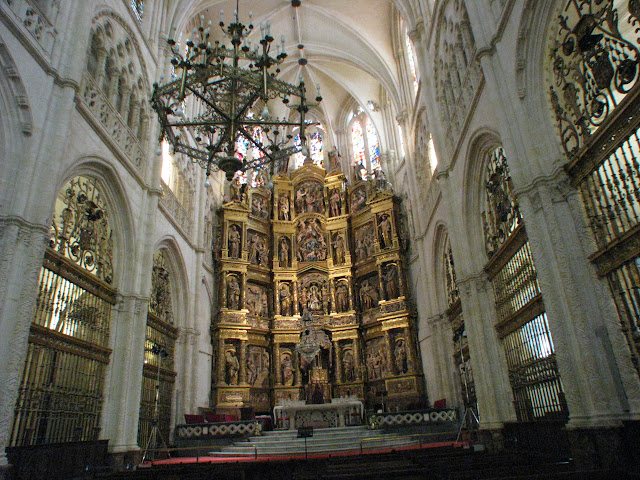 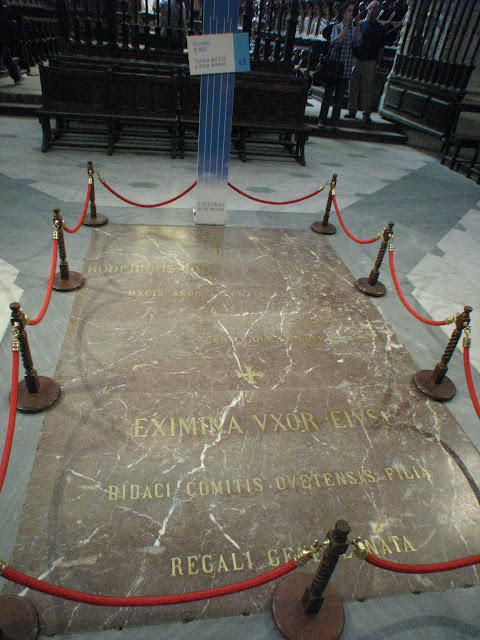 Four doorways: the Santa María, Sarmental, Coronería, and Pellejería lead into the cathedral. Through the halls, one can witness the many reliquaries dedicated to the saints, Christ, and founders and beneficiaries of the cathedral as well as the variety of art styles from the 1200s to 1700s. For those interested in history, the renowned El Cid (Rodrigo Díaz de Vivar) [AD. 1043 – July 10, 1099] was buried under the floor of the cathedral. Contrary to belief, El Cid was not born in Burgos but in Birval, Castile; even so, Burgos honored him for his heroic deeds of fighting against the Moors.

This 13th-14th century cathedral was impressive in scale and represents the grandeur of Spain’s history.

Located in nearby the Cantabrian Cordillera Mountains, the climate of the beach city of Santander tends to be cooler due to the atmosphere near the ocean. Local history states that Santander was once the summer resort for King Alfonso XIII and nobles in the 19th century. However, the resort was sold to the city authorities due to a facile perspective that pale skin was beautiful and must not be damaged by the sun. Still, the city remained prosperous and a favorite sea bathing spot of the Spanish today. In 1941, much of Santander’s historical buildings and residences were destroyed in a great fire. Thankfully, the city was quickly rebuilt within five years. Also, the Bank of Santander originated in this very city; it is now one of the largest banks in the world. 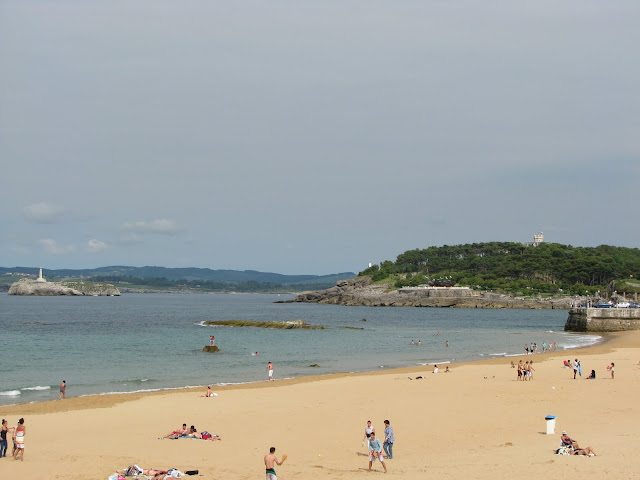 Walking along El Sardinero beach or along the promenade, one can enjoy the pleasant sun and have a helado (ice cream) to cool down as it can get quite humid (sometimes more than 90%) and reach temperatures up to 23ºC/73ºF. At the far end of the beach, one can spy the Palacio de la Magdalena on a tiny islet in the Bay of Santander.

Our hotel was located across the street from El Gran Casino del Sardinero, one of the hallmarks of the city, and conveniently nearby the beach. We did not have much time to explore the rest of the city since we only had a day.