The Basque Country (país vasco) is a region that extends from Bilbao, Spain to Bayonne, France. It is home to the Basque people (about half a million in population), who share the Euskara language, cuisine, and national colors: green, red, and white. We had the opportunity to briefly visit two cities in the Basque Country: Donostia-San Sebastián and Bilbao on June 15, 2011. 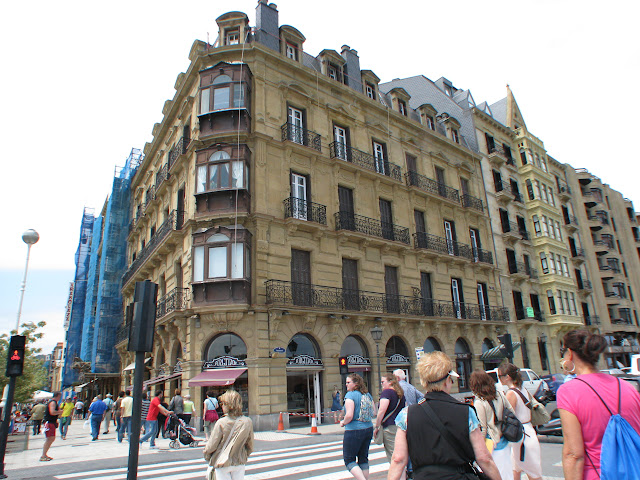 Located in northern Spain on the southern coast of the Bay of Biscay, San Sebastián (or Donostia in Basque) is a growing city in the international scene, hosting the San Sebastián International Film Festival and other cultural events. Local history states that Alfonso VIII captured the city in 1200. However, in 1808, Napoleon’s army brings the city under French control. On August 28, 1813, British and Portuguese troops have the city under siege and defeated the French troops, but unrestrained, relieving troops burned down the city. The city was rebuilt to its present state today. Later in the 19th century, San Sebastián becomes the summer capital for the Spanish nobility and royalty. The most famous is Alfonso XII’s wife, Maria Cristina, who resided in the Miramar Palace each summer.

During our stay, we had the opportunity to sightsee. Upon entering the city, we passed by the beach area located in the picturesque Bay of La Concha. The architecture of the city is influenced by European classical styles and modern styles, such as the cube-like structure of the Kursaal Palace. Our walk across the Kursaal Bridge took us into the commercial district of the city, where shops and restaurants spanned both sides of the road. We were about to stop at one of these restaurants when our tour director advised us to explore the maze of streets for a place to have lunch.

The food in San Sebastián is a mix of Spanish and Basque cuisine. I stumbled upon Basque terms in the menu when I found that I could not translate the words. We tried pork chops in a cream-like sauce, orange duck, fried fish, and pasta. The food was delicate and clearly influenced by the French, especially with the sauces. To finish, we had lemon mousse and coffee tarts. 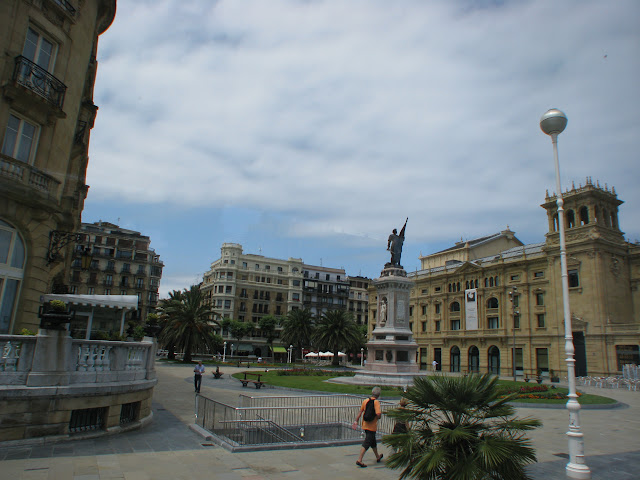 After lunch, we walked to the Victoria Eugenia Theatre and Royal Hotel of Victoria, both next door to each other. We admired the beautiful facades and views from this side of the Kursaal Bridge. Then, we had to hurry onto the bus to Bilbao. 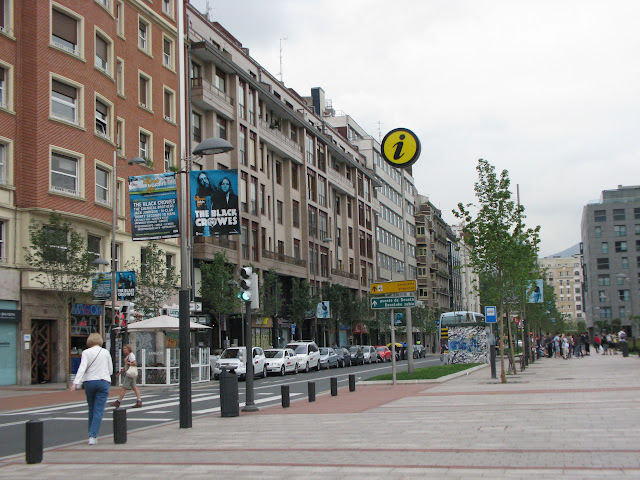 Bilbao is the cultural and industrial capital of the Basque Country (país vasco). The city is rapidly becoming modernized with a transit system and modern buildings amidst traditional whitewashed homes with red roof tiles on greenery.

Outside the entrance to the Guggenheim Bilbao Museum is a floral sculpture of a West Highland Terrier by the artist, Jeff Koons. The sight of this 42-foot “Puppy” brings back the days of childhood joy and simplicity. 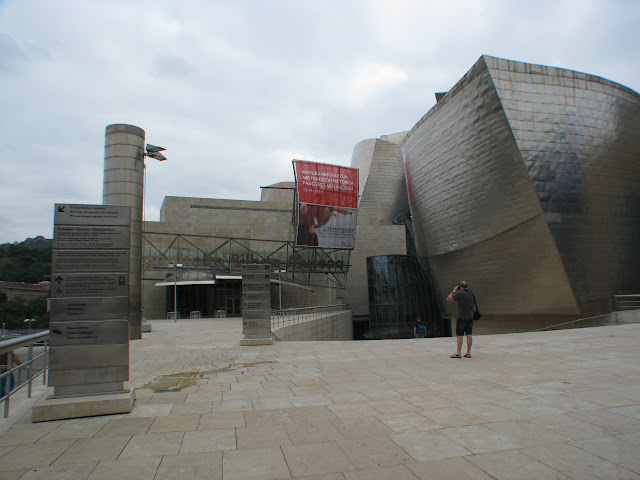 In 1997, the Guggenheim Bilbao Museum of Modern Art was opened. Its unique, wavy shape was designed by Canadian architect, Frank O. Gehry. We had the opportunity to visit the museum. For students, tickets cost 7,50€ each; for adults, they were 13,00€ each. The exhibits primarily are divided into paintings, sculptures, and other media by numerous modern artists known or not. It was interesting to see how artists used any and all modern elements to express themselves, yet it felt as if you could simply breeze through the exhibits in a few hours as opposed to visiting the Lourve Museum in Paris, France. The Guggenheim Bilbao Museum’s exhibitions opened my eyes to a new way of looking at art just as the city itself is making headway into the modern, industrial world.

It was a pity that we spent only three hours in each city. Looking over at the list of historic sites in San Sebastián, I realized that we barely covered them. Also, since we spent our free time in Bilbao’s Guggenheim Museum, we did not explore the city itself. It would be nice to revisit these cities again and see how much they have developed.

Steves, Rick. (2011, April 12). The Basque Country of Spain and France. Retrieved from http://www.ricksteves.com/plan/destinations/spain/02basque.htm