Visited on June 18, 2011. Located in Castellón province in the Comunidad Valencia. 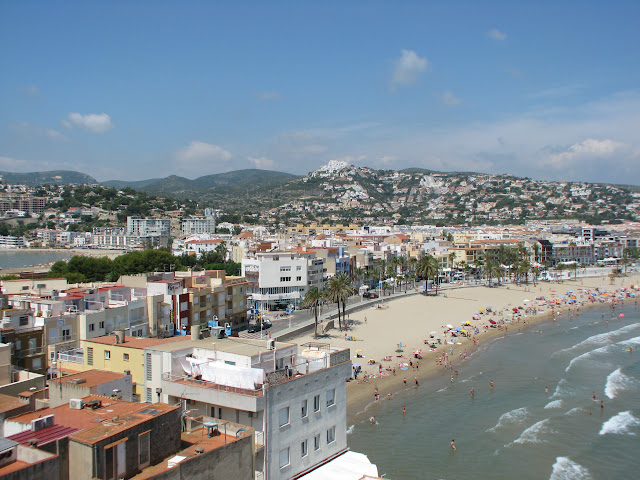 As a small seaport located on the northern beaches of the Comunidad Valencia in the province of Castellón, Peñíscola may seem as if this place is of little consequence, only a resort town for the locals and tourists. What one may not know is that it was the filming site for the castle scenes in the movie, El Cid (1961). The famous sight is El Castillo de Papa Luna (Castle of Papa Luna) originally built in 1294-1307 by the Templar Knights. When the castle was under the crown in 1420, the Avignon pope, Benedict XIII (“el Papa Luna”), resided there, giving the castle its present name. 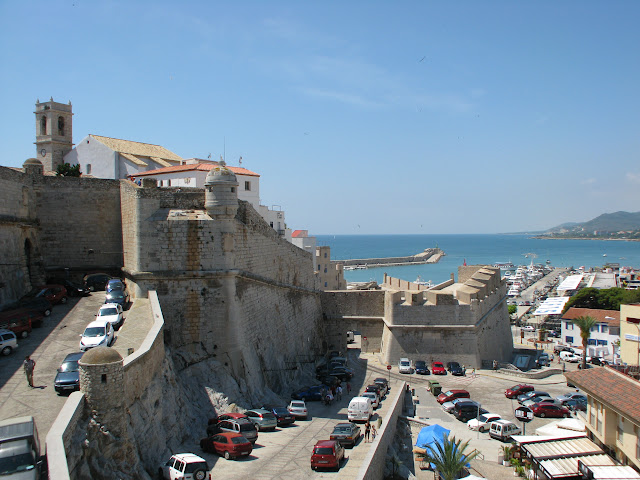 Our tour stopped for a few hours in this seaport to have lunch and to explore the castle. Although we did not have time to explore the beach, we were able to climb up to the narrow stairs to the castle top and enjoy the scenic view of the beach and the whitewashed buildings of the town in contrast to the blue-green of the calm Mediterranean Sea. It was simply breathtaking.

After admiring the view and exploring restaurant options, we settled for a seafood lunch in one of the restaurants at the foot of the castle. We enjoyed a meal of pan-fried fish, calamari, seafood soup, and ice cream. 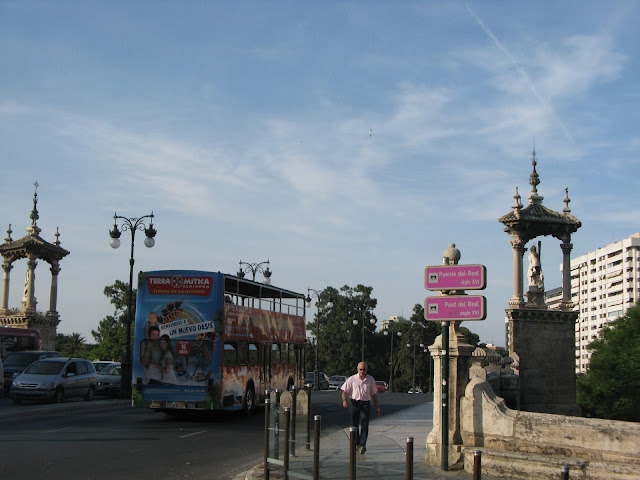 Valencia. It is the name of the oranges that we see in the grocery store. It is the 5th major commercial port in Europe along the sea coast called the Costa del Azahar (Orange Blossom Coast). The city is located near the mouth of the River Ebro that feeds into the Mediterranean Sea. The most common crops grown are figs, almonds, oranges, olives, and carobs. Rice is grown at la María de Ebro. It is the home of the traditional Spanish dish, the paella. The origin of the paella is from the poor, who used rice as the base and integrated it with meat. There are many different types of paella: Black paella is a special dish that is made with the ink from the calamari. The most famous is the Valencian paella, which contains chicken meat. We had the opportunity to try this type of dish in the hotel. It was delicious, however, we were unable to get seconds. 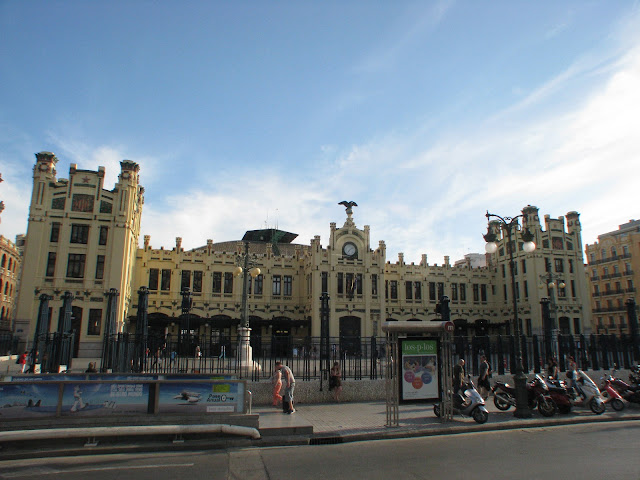 It is clear that Valencia is a highly modern city. We walked along the streets amidst classical-style and gothic-style buildings of the commercial district. During our meanderings, we stopped at a ceramic museum called the Palacio del Marqués de Dos Aguas to rest and marvel at the marble sculptures and intricately decorated walls within. Later, we stopped for refreshing drinks and pastries at a local and artistic café called the Horchateria de Santa Catalina. Beautiful ceramic pieces decorate the exterior and interior with scenes of Spanish history and cultural symbols. We tried éclairs, chocolate milkshake (un batido chocolate), iced coffee (un café con hielo or granizado de café), latte, and a Fanta orange. The pastry was quite flaky and went well with our drinks. This place is highly recommended for a snack. 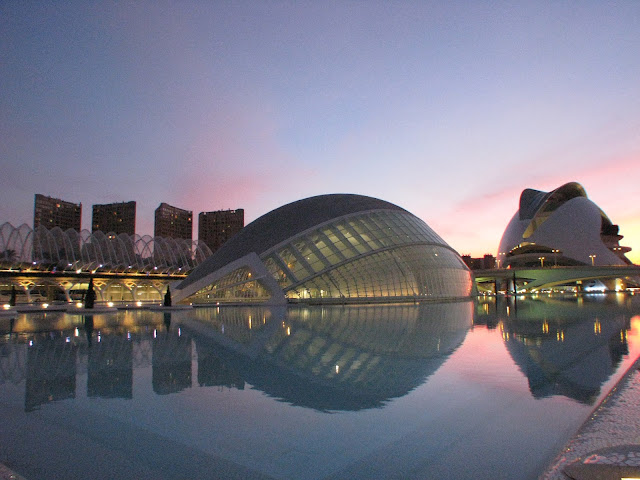 It is rapidly becoming a center for commerce, entertainment, media, fashion, science, and arts. La Ciudad de Las Artes y Las Ciencias/Ciutat de les Artes I les Ciències is the major cultural attraction in the city that contains many uniquely shaped buildings, such as the Palau de les Artes, an exhibition for opera and music. Sadly, we did not have time to visit the inside of this cultural attraction.

An interesting event occurred while we were exploring the commercial center: There was a parade of protestors at 6:30PM just before we had to return to the bus.

The following day, June 19th, we were on the road towards the inner part of southern Spain towards Granada.

Since we spent so little time in Valencia, it would be nice to visit again and further explore the commercial center and the museums.