Located at the southern tip of the Iberian Peninsula of Spain is Gibraltar that is now held by the United Kingdom. In ancient times, Rock of Gibraltar was considered one of the Pillars of Hercules by the Greeks in the B.C. era. It was not disturbed until Tariq Ibn Zeyad conquered it and gave its name—Jebel Tariq (“Mount of Tariq”)—in 711. A military fortress that was built and held by the Moors from 1160 until it was conquered by Juan Alonso de Guzmán, 1st Duke of Medina Sidonia, in 1462. Throughout its history, Gibraltar was held by the Spanish, French, and eventually the British via the Treaty of Utrecht on July 13, 1713.

Today, Gibraltar is a thriving community with its main attraction: the Rock of Gibraltar. The Rock is a massive limestone covered in lush vegetation at the southwestern tip of the peninsula and home to the Barbary macaques and several caves, including St. Michael’s Cave. 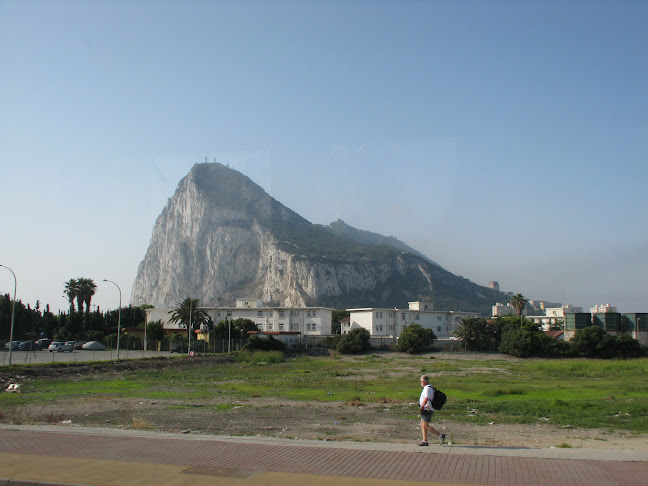 Sighting of the Rock of Gibraltar, UK from the border of Spain at the Linéa de Concepción

We took a local guided tour up the winding, narrow road to the peak, where we explored St. Michael’s Cave—a cool but damp place that reminded me of the Reed Flute Cave in Guilin, China. 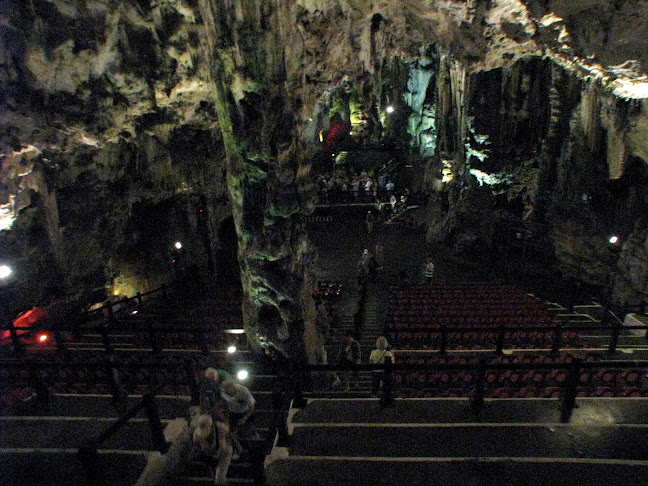 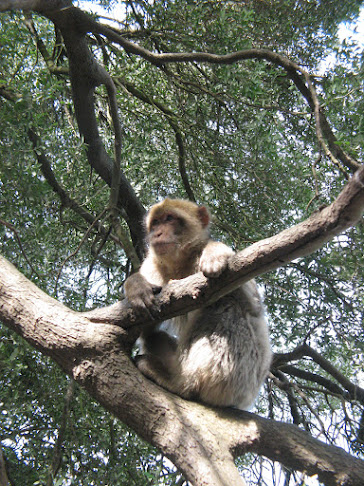 There was little to see here, except for the friendly, native macaques. They were a funny sight, playing tricks on the tourists to get food or blocking the road and lounging on the minibuses. Overall, I enjoyed the scenic view of the Mediterranean Sea from the peak and watching the macaques.

After our trip to the Rock, we went to have lunch at the Subway in the town and walked around the town before heading back to the customs point to return to our regular tour bus. Our next destination was Sevilla (Seville), which is 2-3 hours away. 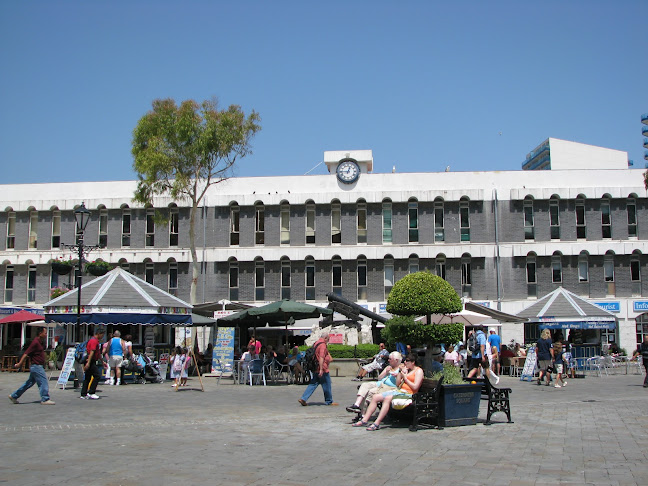