We crossed a Roman bridge from Emperor Augustus’ era across the Guadalquivir River to enter the old city. At the end of the bridge, there is the Bridge’s Gate (also known as the Arch of Triumph) built by King Philip II 1572. 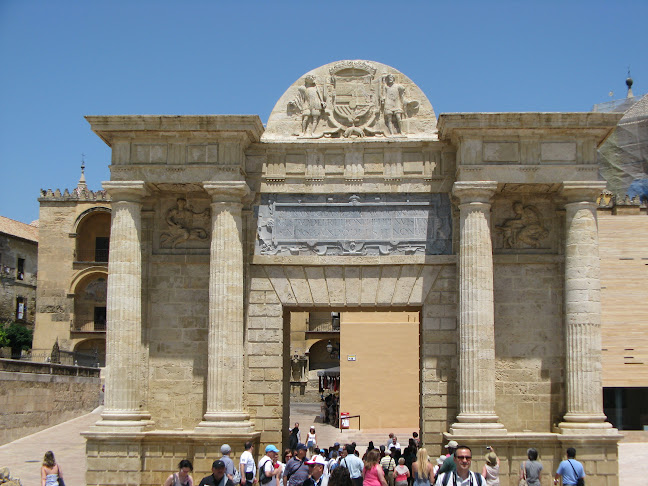 Within the old city, there are winding, narrow streets filled with shops and restaurants. We had lunch in one of the restaurants before we went to the grandest sight of all—La Catedral de Córdoba. 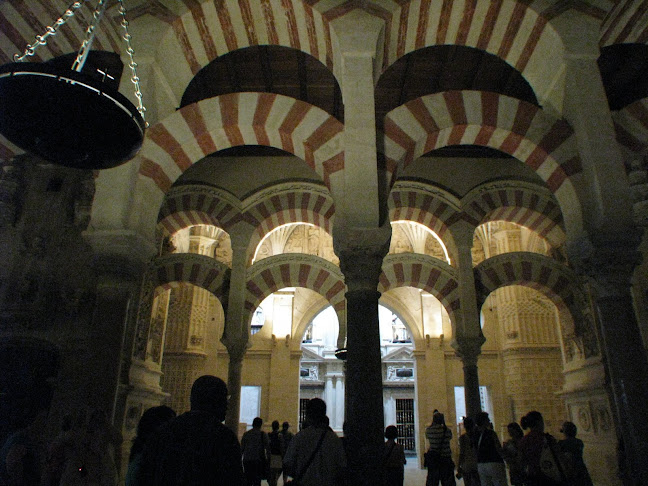 La Catedral de Córdoba dates from the 10th centuryand has been modified and extended over a period of more than two hundred years. The structure was initially built as a mosque (Mezquita); we can still see 856 of the 1,013 red and white arched pillars, which create an illusion of space in the horizontal structure. 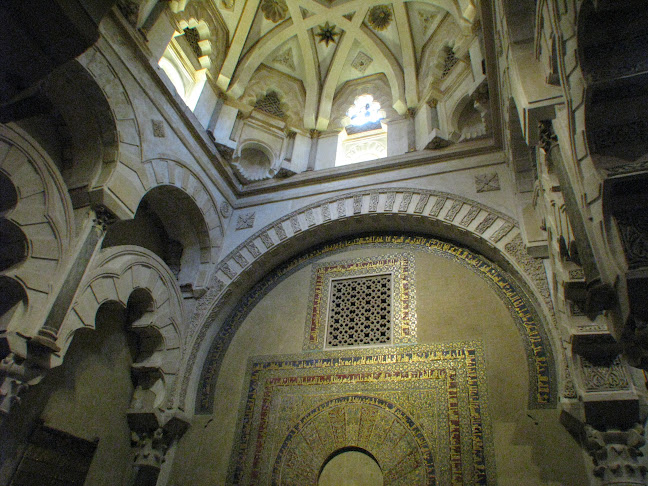 Other floral arches and ornate naves are seen deeper in the mosque. To note, there is evidence of Byzantine and Roman styles of the star-like shapes of the naves and Corinthian columns. 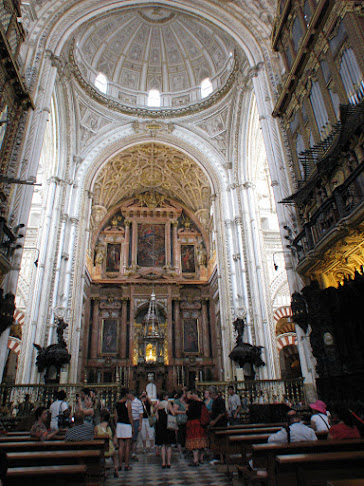 The pillars were destroyed during the Christian Reconquest in 1236 and led to the expansion to a Catedral in 1523 under orders of Bishop Alonso Manrique. The late Renaissance-style arches and Spanish Baroque ornamentation bring in more light to the place in contrast to the cool, meditative atmosphere of the mosque. 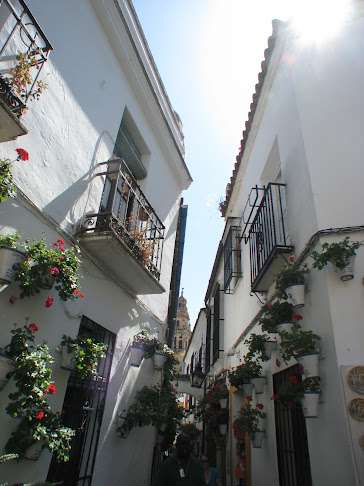 While I cannot describe everything that was seen in this magnificent work of art, I highly suggest reading In Focus: Córdoba guide to the city published by Edilux. It contains detailed explanations and photographs of details of the building and can be found in many tourist shops.

After the breathtaking tour of the Catedral, we went through the narrow streets to the Calleja de Las Flores (Street of Flowers), admiring the Moorish-style residences. Then, we headed towards the Jewish Quarter via a courtyard and to the Sinagoga (Synagogue) located on the Calle Judios. 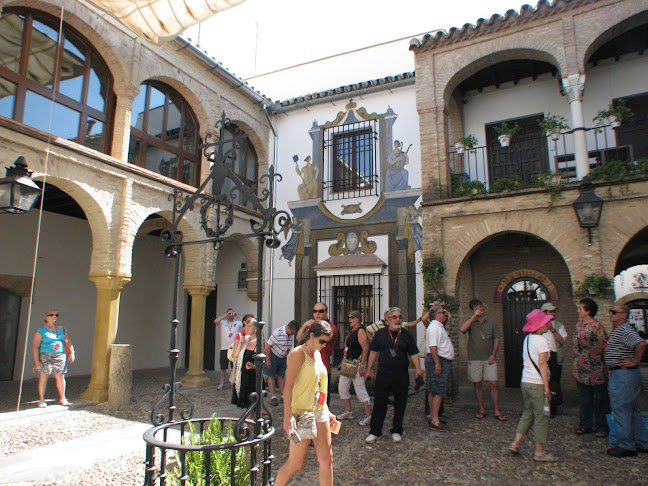 The Sinagoga was built in 1315 by Alfonso XI in the Mudéjar style filled with detailed patterns. 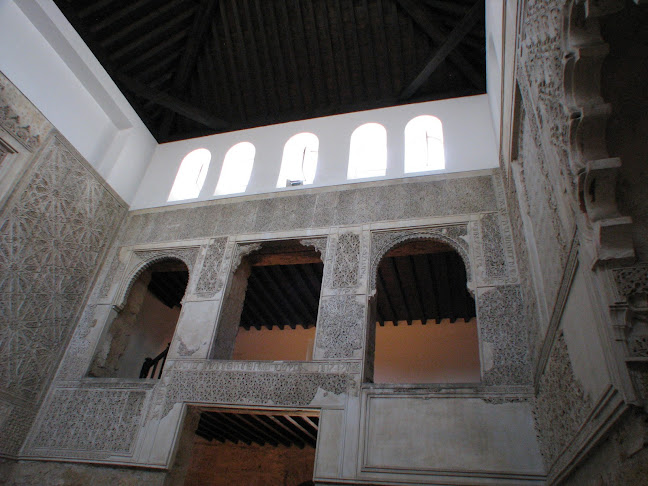 Afterwards, we returned to the hotel to rest and had dinner.

It would be nice to spend more time in the La Catedral de Córdoba because there are plenty of details to see.