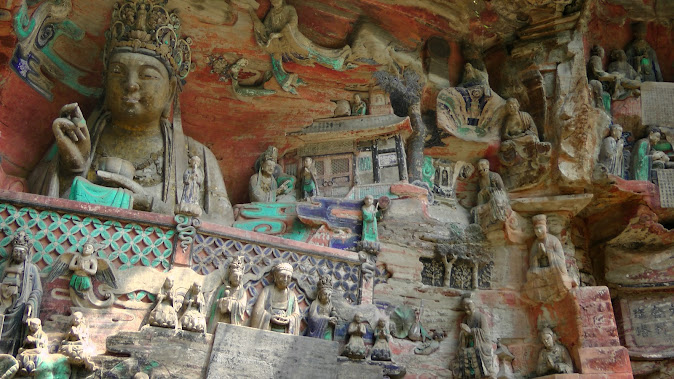 The main attraction is the Dazu Grottos, a UNESCO heritage site, located in the steep, reddish hillsides outside of Dazu nearby the Shengshou Temple. The grottos contain ancient Buddhist carvings, which date from the late 12th to 13th centuries. 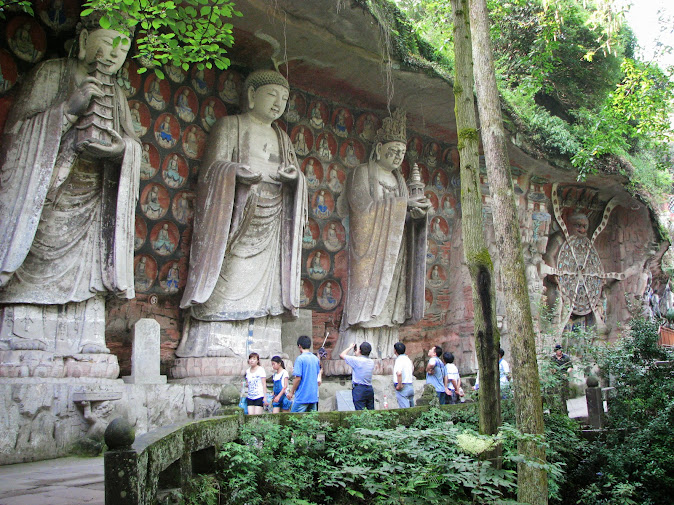 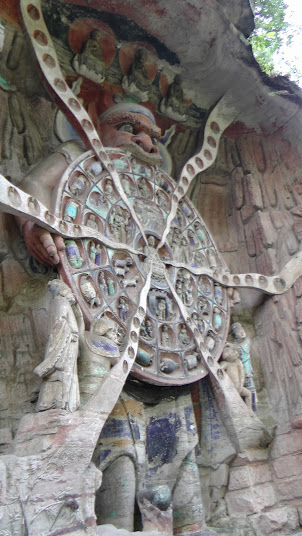 Some murals were destroyed during the Cultural Revolution, while the remaining murals are being preserved. The most beautiful sight is the expansive mural depicting the Wheel of Reincarnation.

In Buddhism, there are different levels of reincarnation based on a person’s deeds in their life. If a person committed improper deeds, he or she would be reincarnated as an animal or ghost in one of the three unfortunate realms; only until that person has led a “good life,” then he or she will be reincarnated in one of the three fortunate realms and gradually reach nirvana. See the PBS Introduction to Buddhism for more information.

To the left, a figure from Buddhism lore holds the Wheel of Reincarnation aloft. The center of the Wheel is Shakyamuni (Gautama Siddartha)—the founder of Buddhism, representing nirvana.
The other carvings and statues depict the story of Shakyamuni and of other bodhisattvas in faded colors. The solemn statues display a feeling of tranquility and reverence—a feat that the Song Dynasty craftsmen mastered. 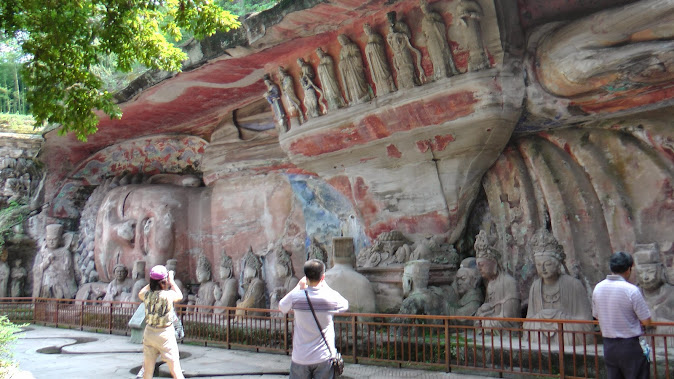 Inside a few of the caves on the hillside, I felt like a pilgrim visiting the revered Buddhist icons. Towering before me was the figure of Shakyamuni blackened by the ashes of the illumination brought by many other pilgrims before me. 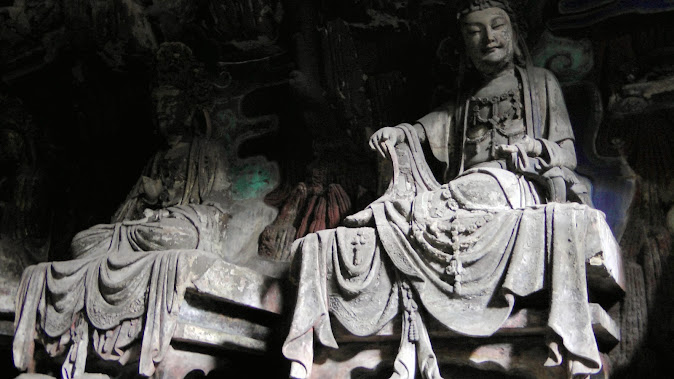 As we made our way along the snaky trails along the cliffside, we passed by various murals of the daily lives of herdsmen and the people. 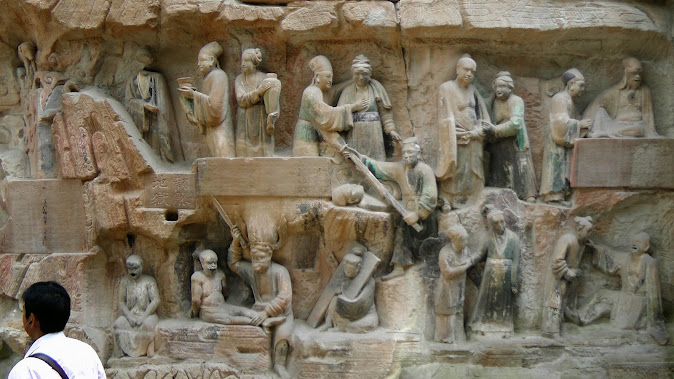 At the end, we made our way to Shengshou Temple, where we paid our respects and continued on journey onward. I thoroughly enjoyed this attraction. To gaze upon the labor of stone craftsmen highly deserves a revisit.

There are other stone carving sites nearby Dazu, which depict scenes from the other two schools of thought in China, Taoism and Confucianism, in harmony with scenes from Buddhism. This not only shows how religious thought evolved in China but also how temple cave art gave us an insight to the lives of ordinary people.

For more information, see the Beishan and Shizhuanshan carvings.

B.M.C.L. for providing me some of the photos of the Dazu Grottos since I was under the weather during this leg of the trip.