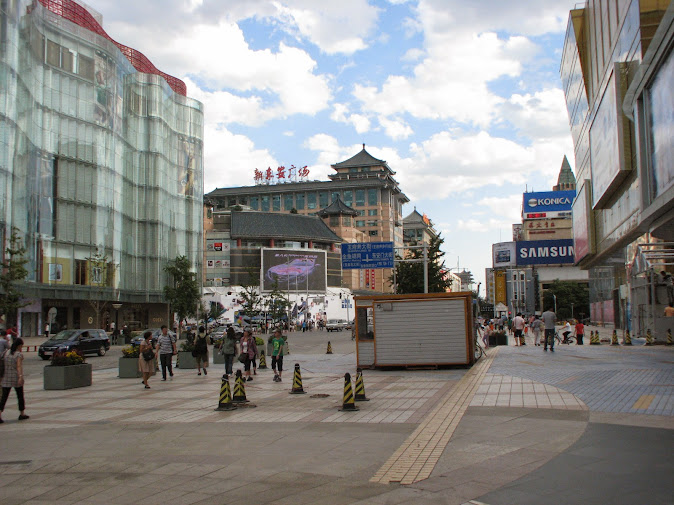 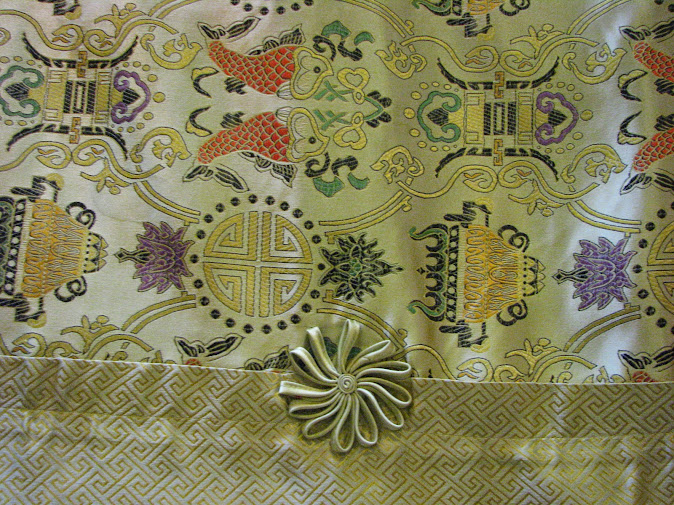 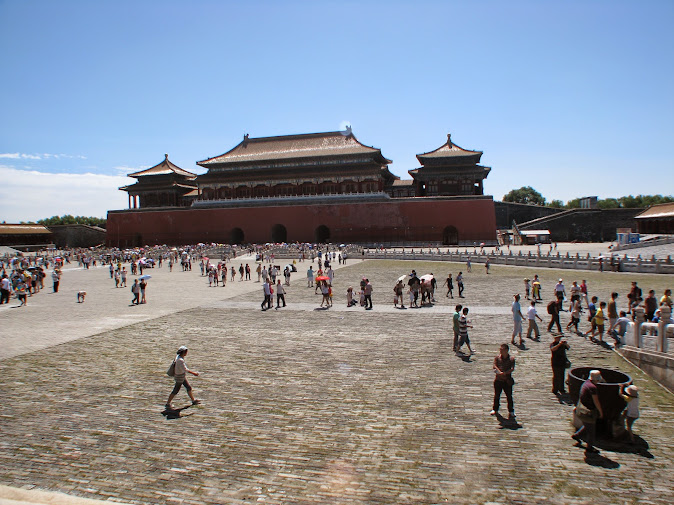 We first visited the Forbidden City, where the emperors once resided. The admission fee was 240 RMB per person. 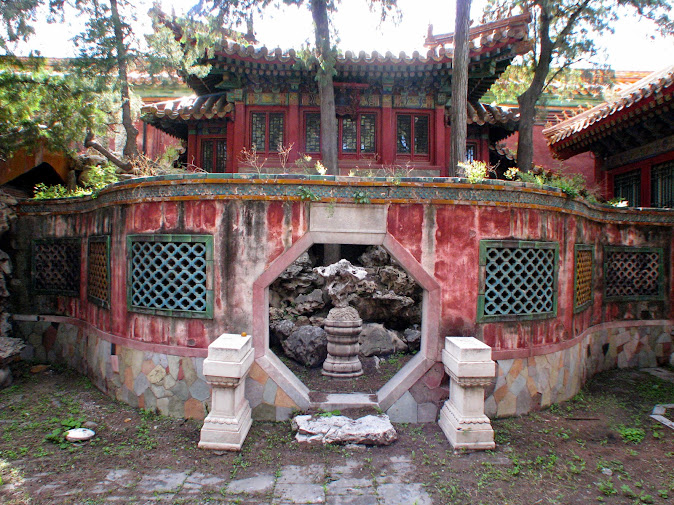 The place seemed more commercialized with now sections of the site devoted to a restaurant and gift shops. There less to see as well.

The Bird’s Nest (Olympic Stadium) is easily reached via subway. There are student discounts here. This former 2008 Olympic site has two sections: the Water Cube and the Bird’s Nest. 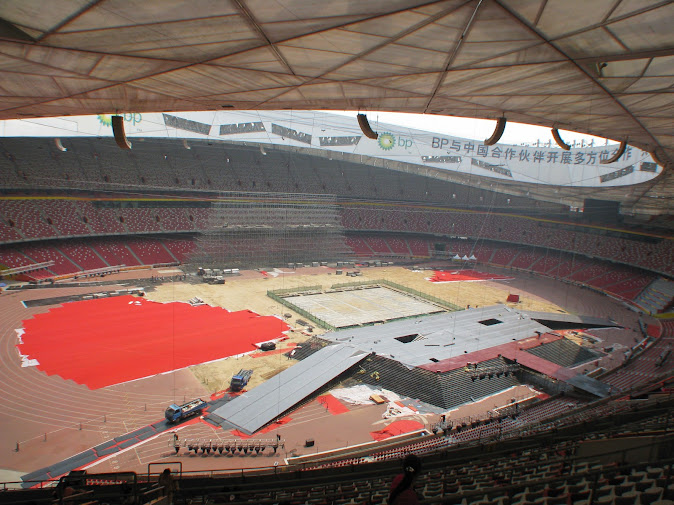 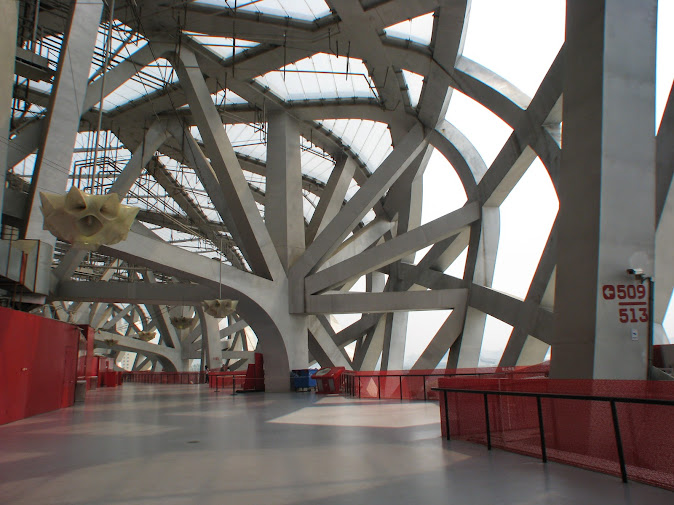 The intricate structure of the Bird’s Nest (2012)

We chose to go to the Bird’s Nest exploring its unique structure and concept behind the construction. Then, we perused the gift shop. 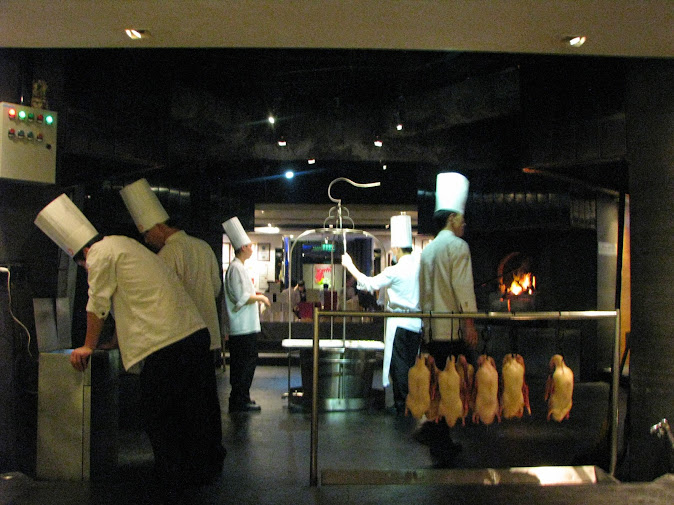 At Dadong Restaurant, the chefs prepare the ducks on a platform in the center surrounded by the patrons’ tables (2012) 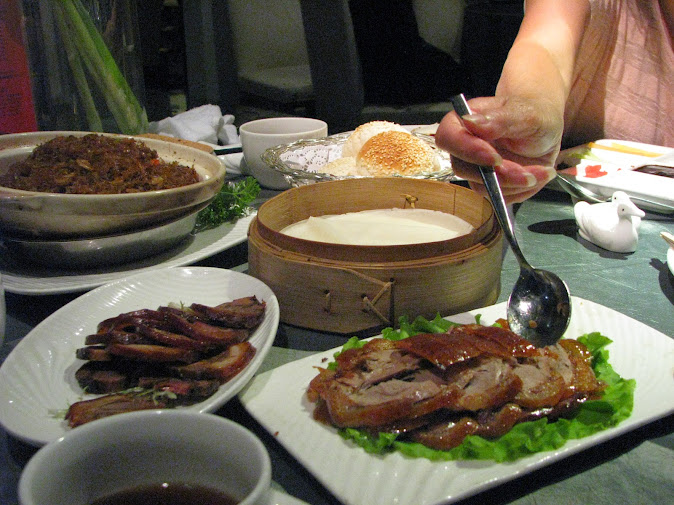 Our dinner of Peking Duck at Dadong Restaurant (2012)

We also had Peking duck at the Dadong restaurant—an expensive restaurant with average food and a center stage where one can see the chefs roasting the duck on the grill from the tables encircling it. 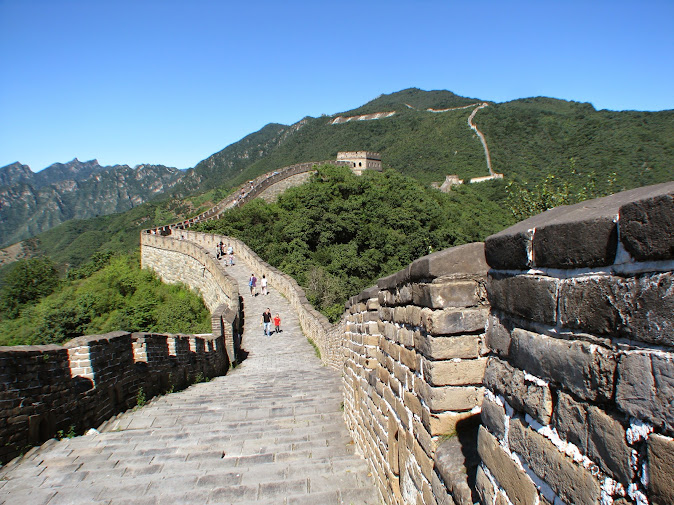 Great Wall from the Mutianyu side (2012)

The last couple of days we booked tickets to see the Great Wall and Beijing Opera with our contact, Cathy, from the travel agency. We visited the Great Wall from the Mutianyu side, which boasted of a better view and was less touristy. The view is impressive with the rolling green hills clashing against the austerity of the stone wall that twists with it like a snake. 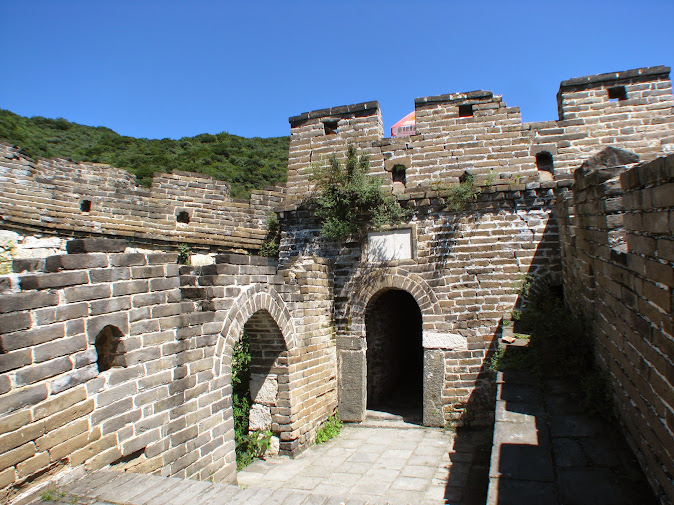 One of the fortified stations in the Great Wall (2012)

Just like in 1998, I felt the awe of this place both from the stories my father told me of many people dying from exhaustion just to build this gigantic structure to protect ancient China. 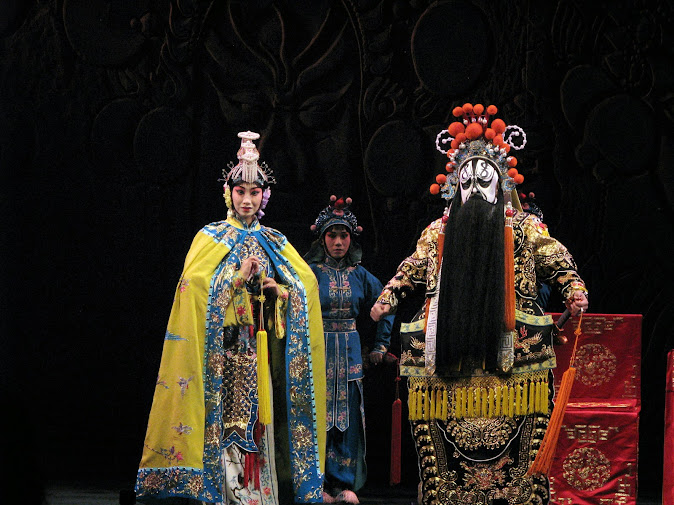 That evening we also got to see Beijing Opera for the first time at Liyuan Theater. With an array of colorful costumes, makeup, and melodious singing, the well-known stories were played out on the stage.

Each told of stories both joyous and sad demonstrating the grace and talents of martial art and culture. I was disappointed that the Monkey King from Journey to the West was not on the act list. I would have very much like to see the rendition. 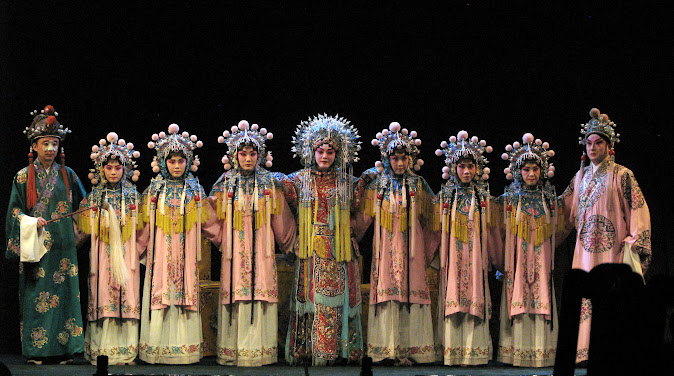 Our few days in Beijing passed by quickly as if in a dream. Of course, there is much more story to Beijing but I will leave that for others to explore.

4 thoughts on “Beijing: A Sprawling Capital of the North (京)”