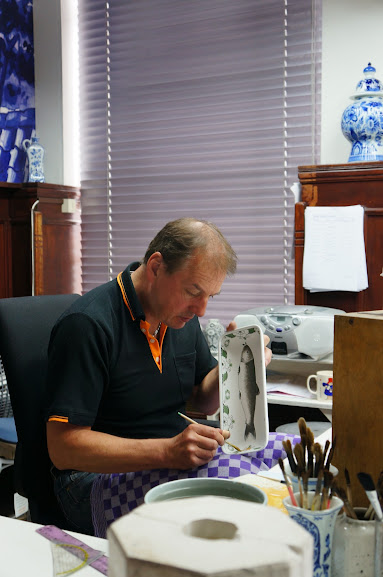 At the Royal Delft Factory, we learned about the history of Delft Blue ceramics. During the 17th century, the Dutch were inspired by ceramics, especially Chinese porcelain. Wealthy families purchased Delftware as a sign of their prosperity and showed off their elaborate collections. Delftware physically looks like traditional Chinese porcelain, but it is not considered true porcelain. The clay used in Delftware is not kaolin but rather a clay mixture that is then covered with a tin glaze when it comes out of the kiln.

We were able to observe a master potter at work painting an intricate pattern on a plate and fish.

The factory also showcased beautiful works that were made for the Dutch royal family and apparently for Vermeer’s dining room.

During the rest of our time, we walked around the town and admired the historic buildings before sitting down for lunch. 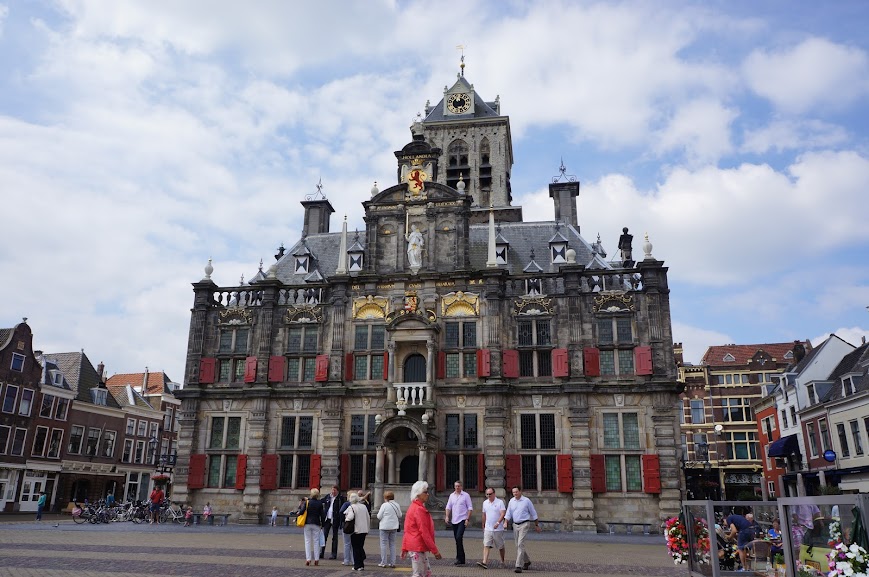 Unfortunately, since we only had a few hours, we could not fully explore the town, namely the Vermeer Center—a museum devoted to the painter—that is worth visiting, if you have the time.