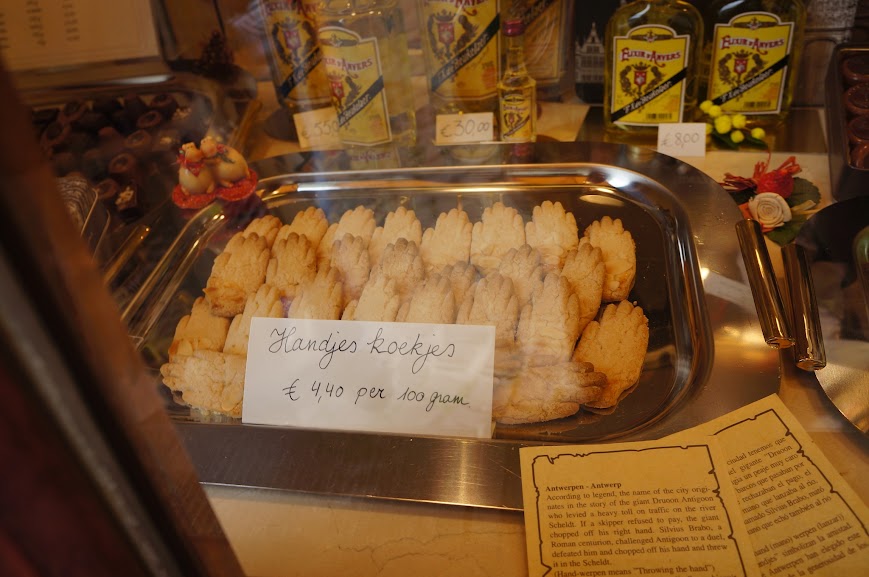 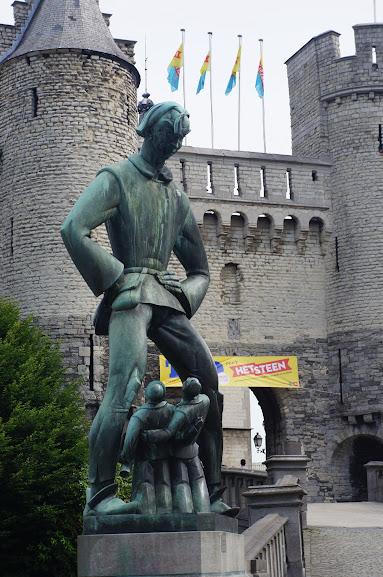 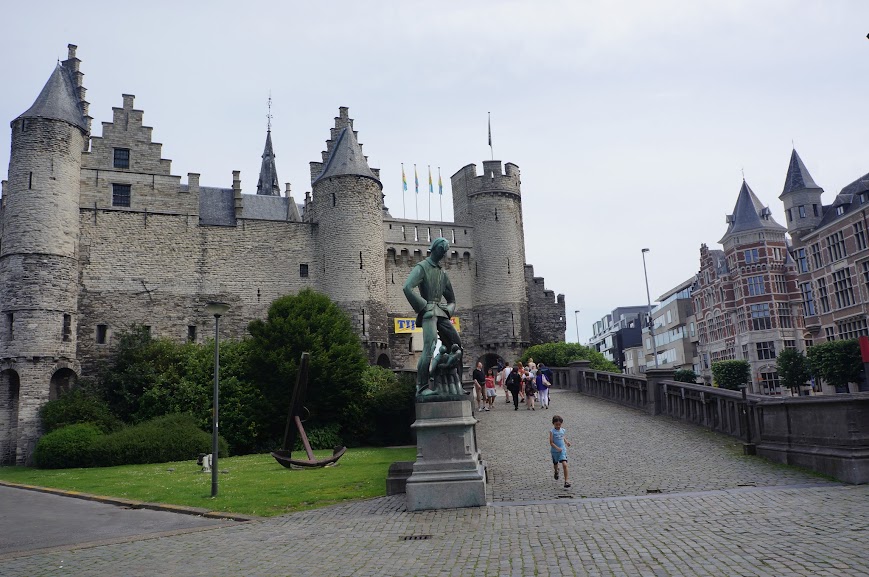 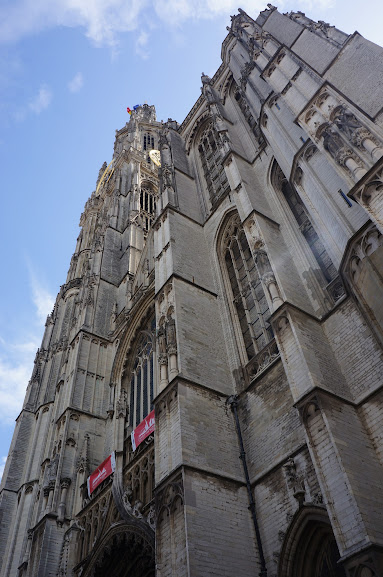 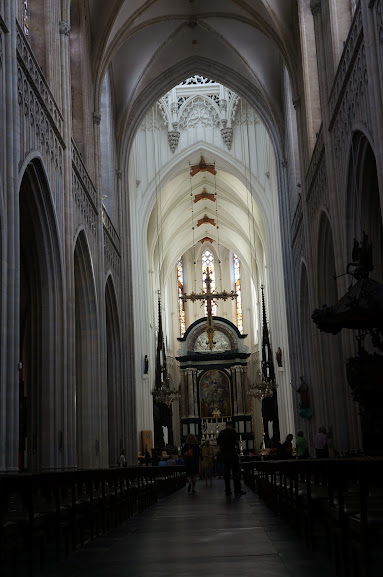 Interior of the cathedral 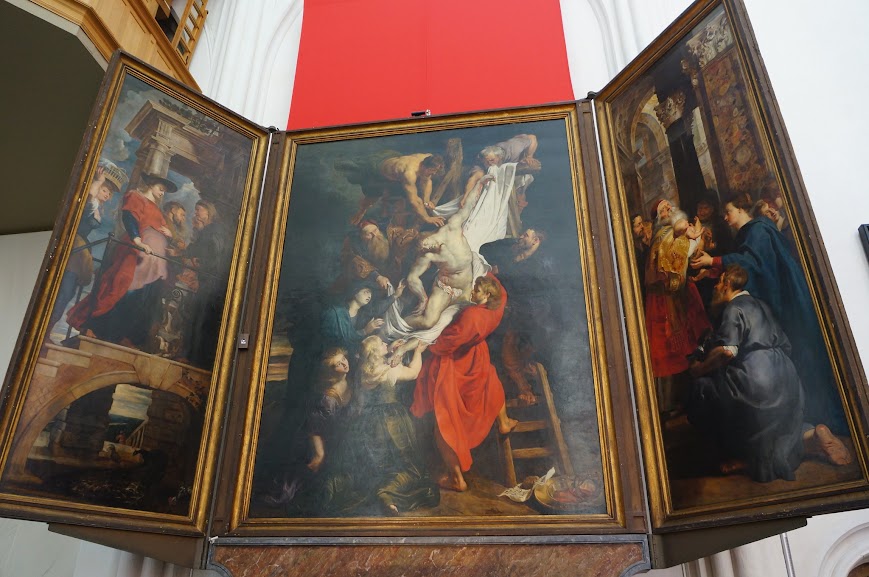 “The Descent from the Cross” by Peter Paul Rubens

The cathedral itself (established in 1352) reflects several European styles as it was refurbished throughout the centuries. It also is the tallest building in Antwerpen. 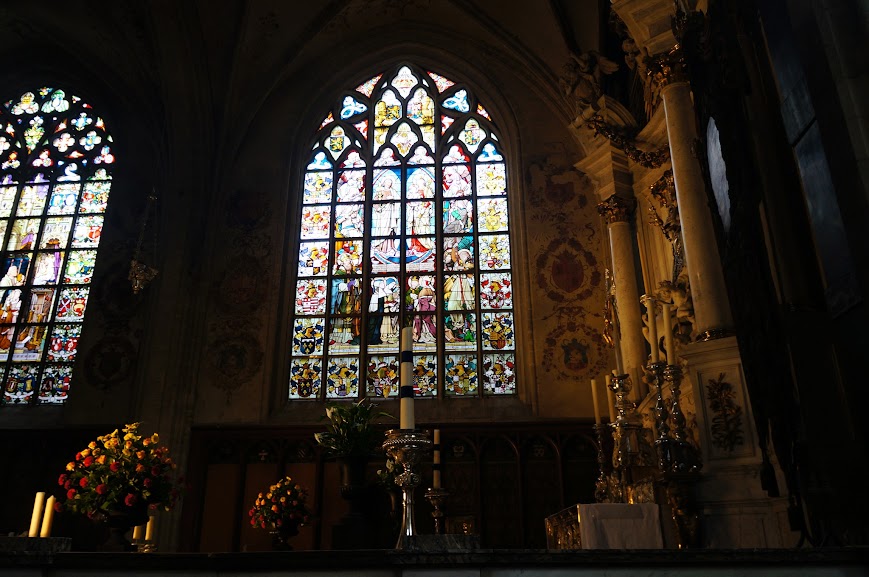 Interior of the cathedral, near the altar

After exploring the wonders of the cathedral, we walked around the Grote markt, admiring the 16th century guild houses that surround a fountain with the statue of Brabo with the severed giant’s hand. 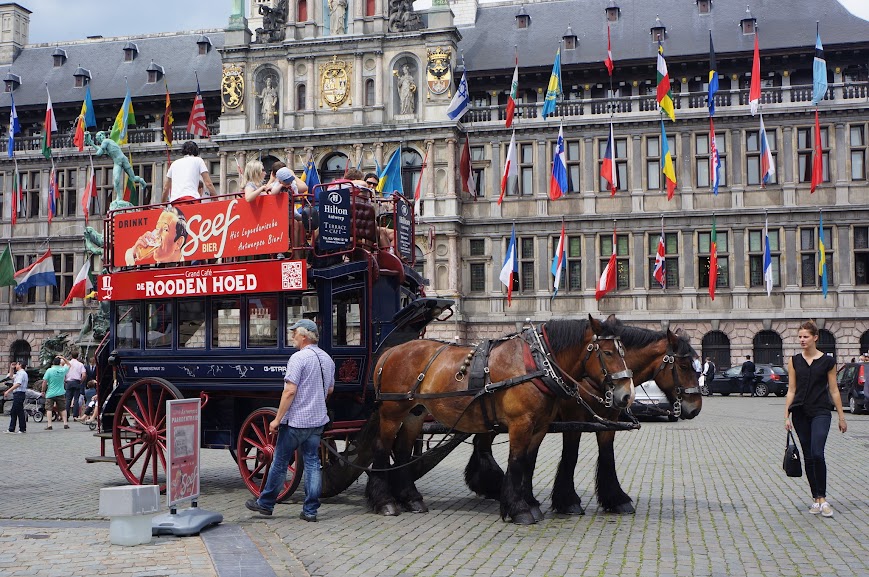 Near the Grote Markt, Antwerpen, Belgium (2014)

Antwerp is also home to the Rubenhuis, the home of Peter Paul Rubens, and home of the famous severed hand cookies that we should have tried. Perhaps there will be another day when we will visit.