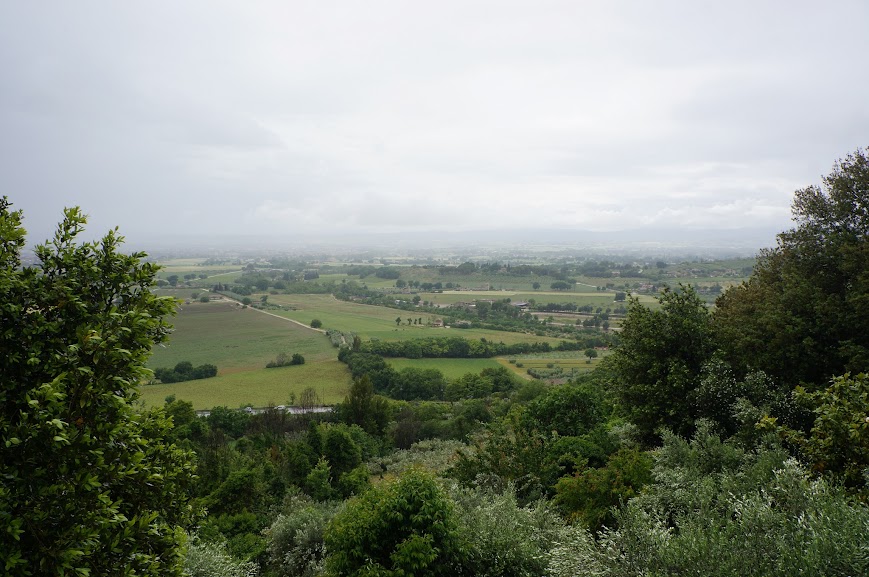 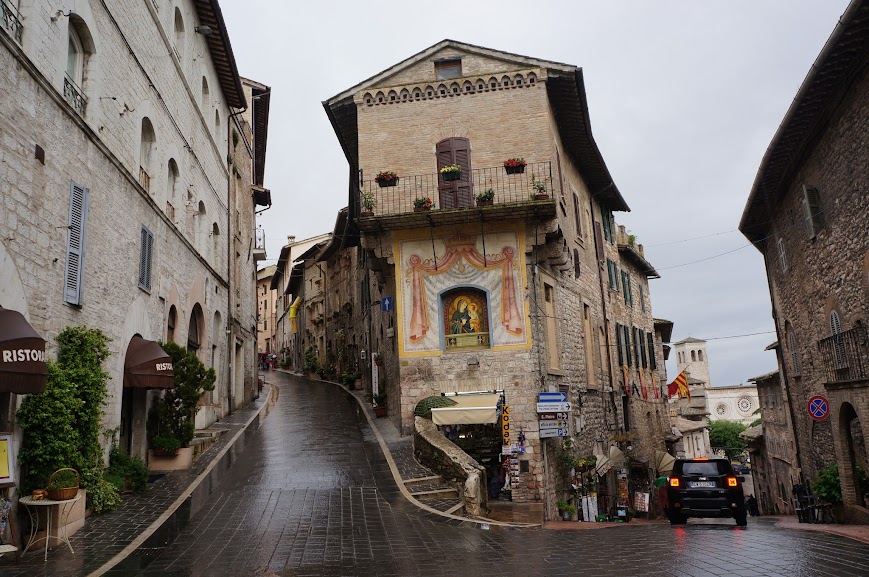 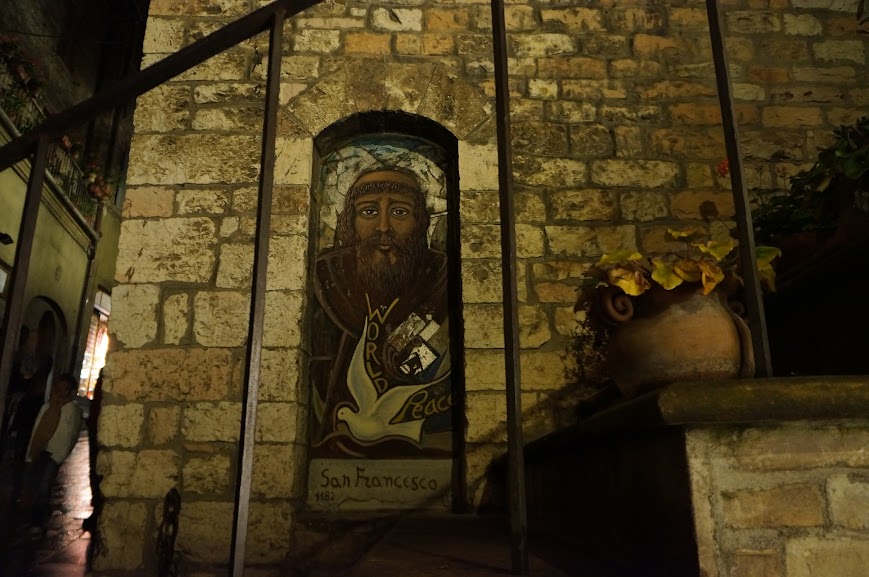 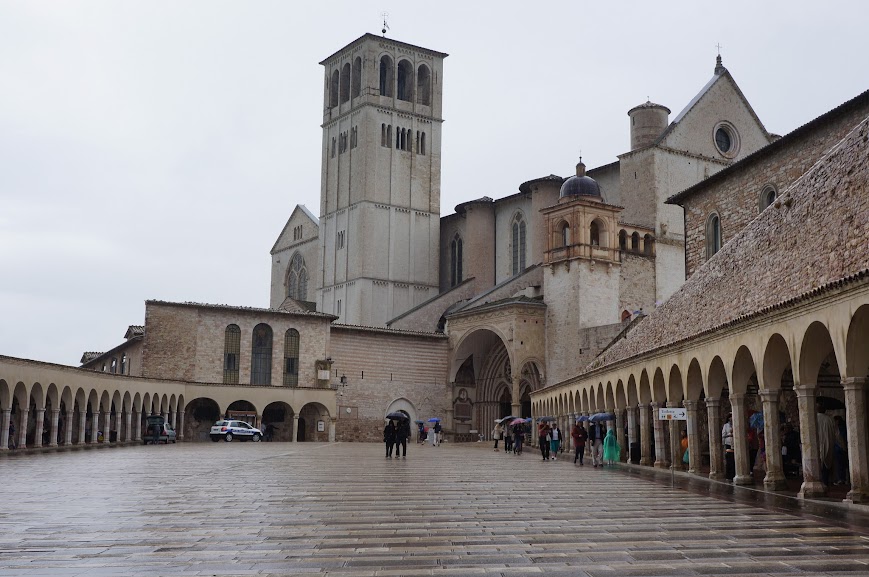 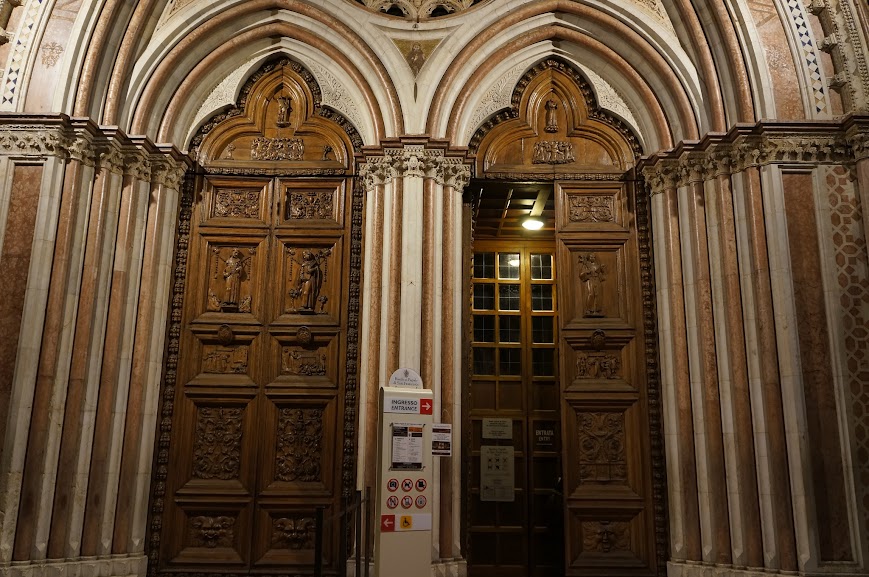 Details of the doors leading to the basilica

Inside we admired the frescoes painted by Giotto, who depicted the life of the saint through his trials until his death. The basilica is built over the tomb of the saint. 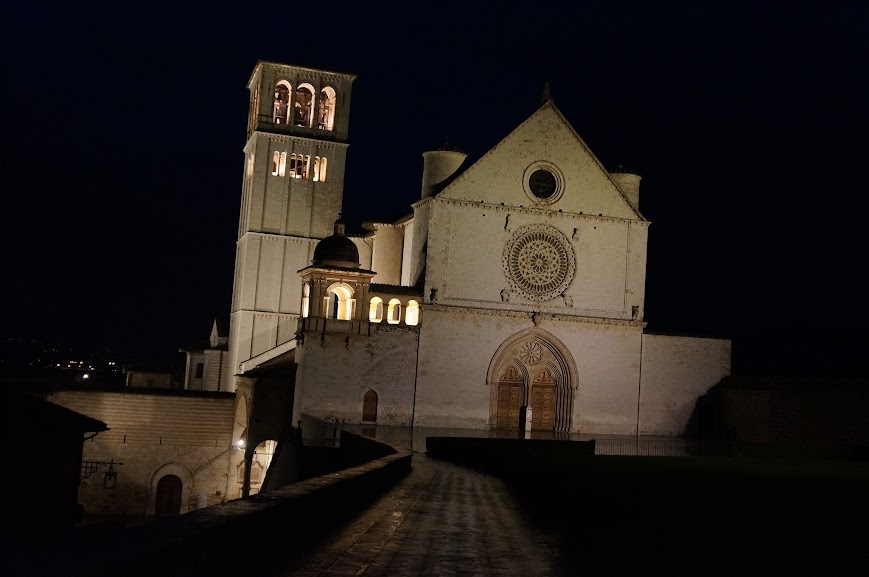 Night view of the Basilica

At night, the scenery is calm and serene. One can take a pleasant stroll through the cobbled streets and enjoy the night air. We did stop at a café, where we tried a selection of cannoli and gelati at the Gran Caffe. 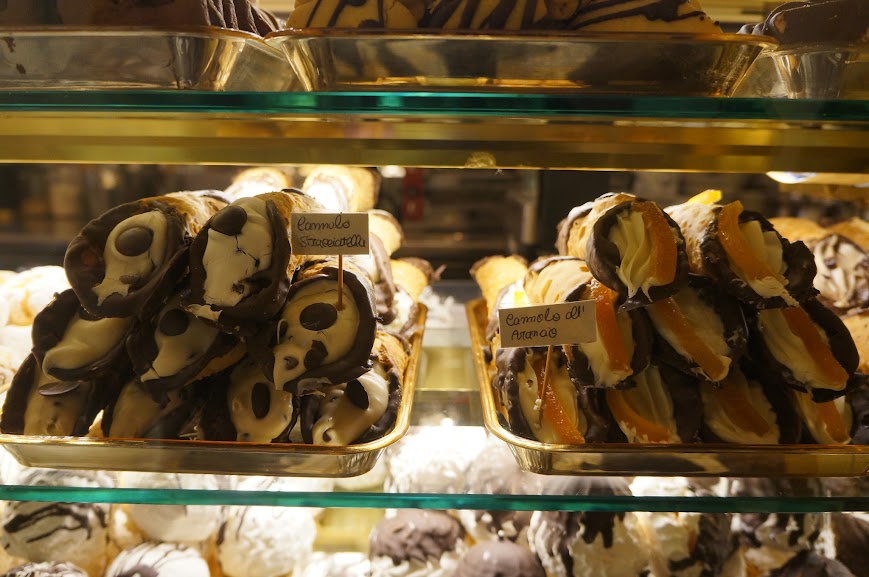 Afterwards, we marveled at the Church of Santa Chiara. Santa Chiara (Saint Clare) was a protege and follower of St. Francis. 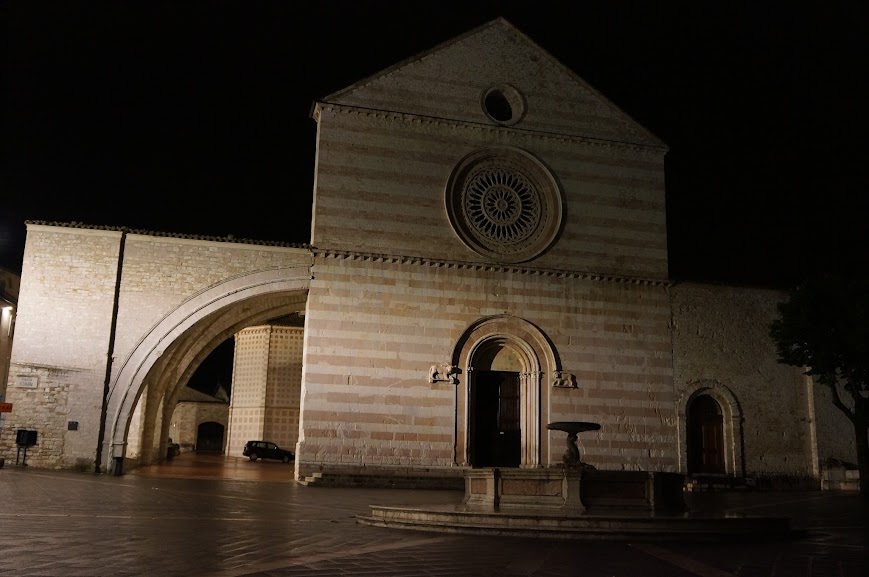 Since the hotel is located in the suburbs (5-10 minutes away from the town), we had to take a taxi back into town. The cost is about 15 euros one-way.