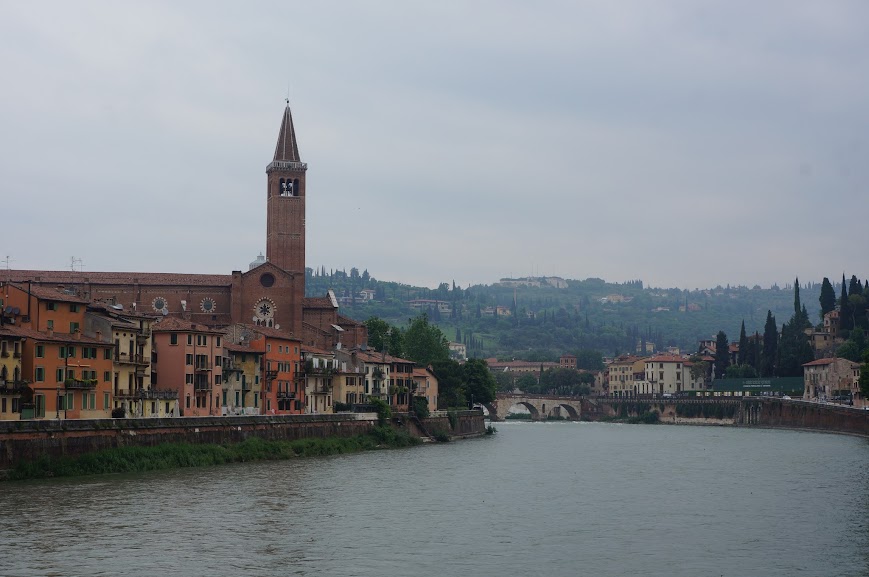 Map of Veneto region of Italy. Courtesy of Google Images

Verona, historically, is a city built on the site of an ancient Roman forum. The Piazza Erbe at the center is named for the city’s herb market. Today, lots of vendors sell their wares and fresh produce at the piazza. 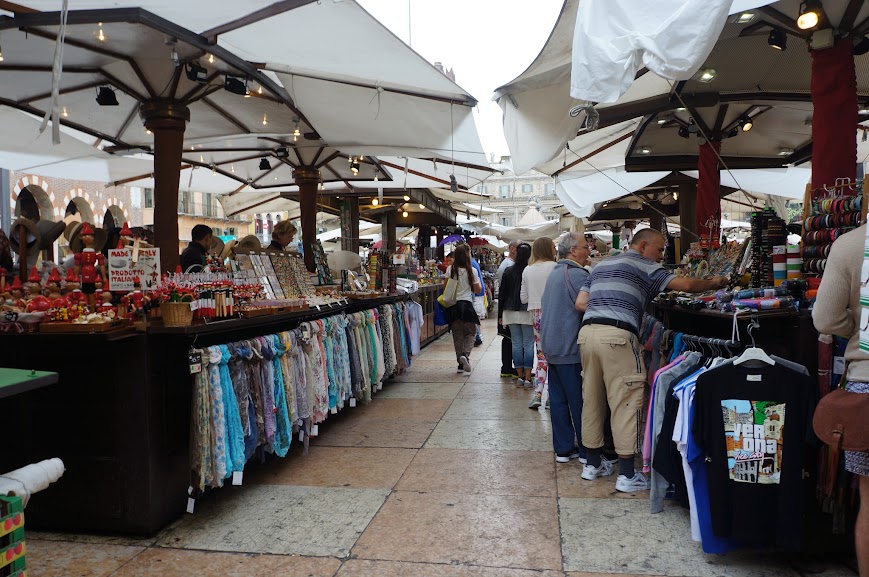 A visit to Verona is not complete without a looksee at Casa di Giuletta (Juliet’s House). 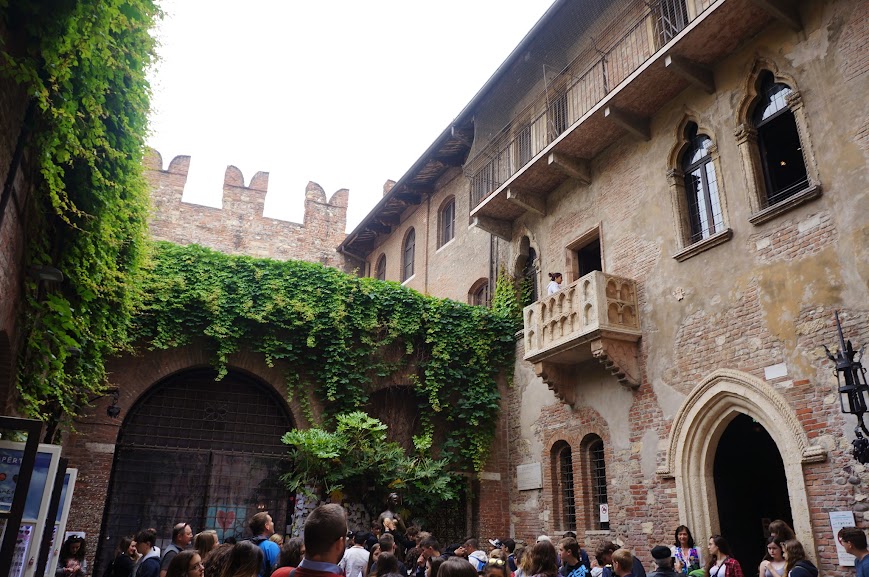 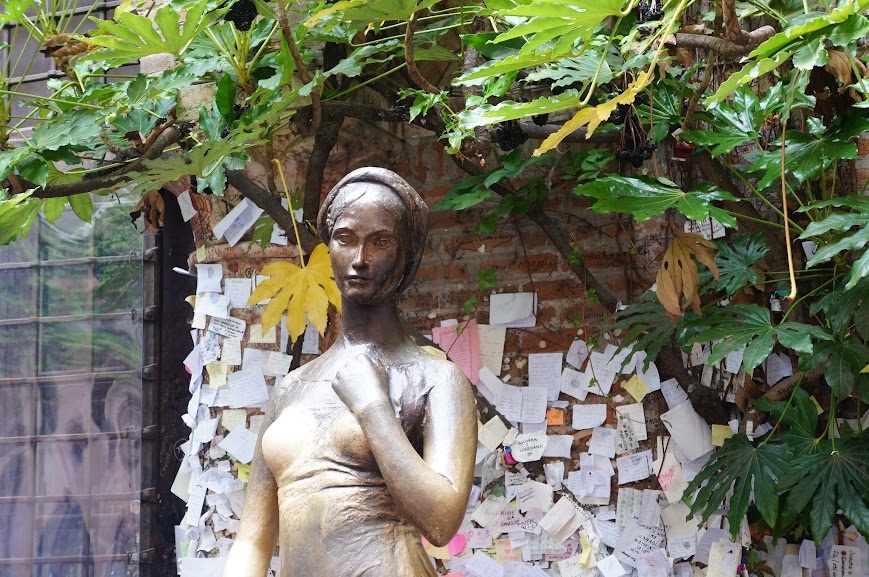 Giuletta at the Casa di Giuletta in Verona, Italy (2015)

Guided by a tunnel doodled with the names of lovers and couples, one enters a courtyard with a bronze statue of Juliet worn to a polish around her arms and breasts from her many visitors (or admirers, I should say) and the balcony supposedly where Romeo visited her on his night excursions.

The Casa di Romeo is also nearby (but we did not have time to visit).

We stopped for a quick lunch at the local deli, where the butcher prepared delicious panini or reheated prepared foods upon order. 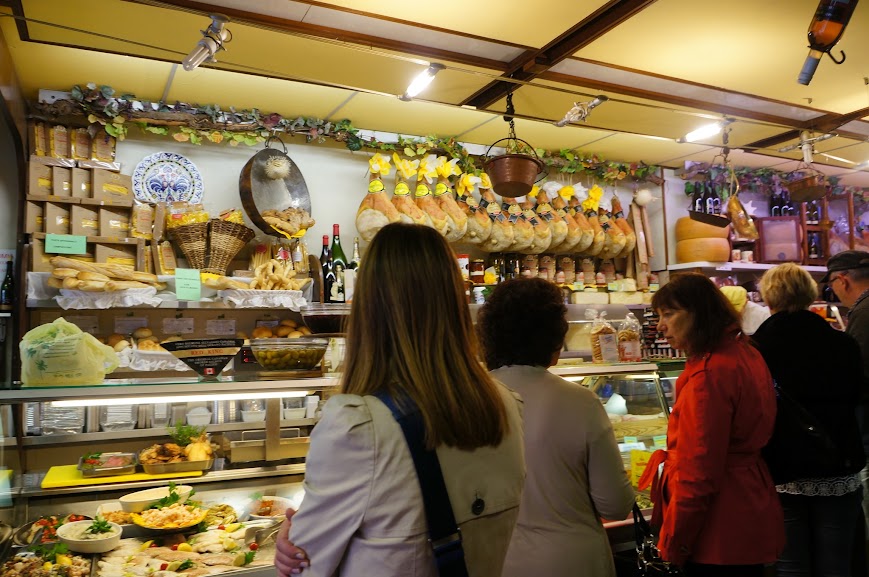 We also had the opportunity to try pastries at the local pasticceria. Scrumptious! 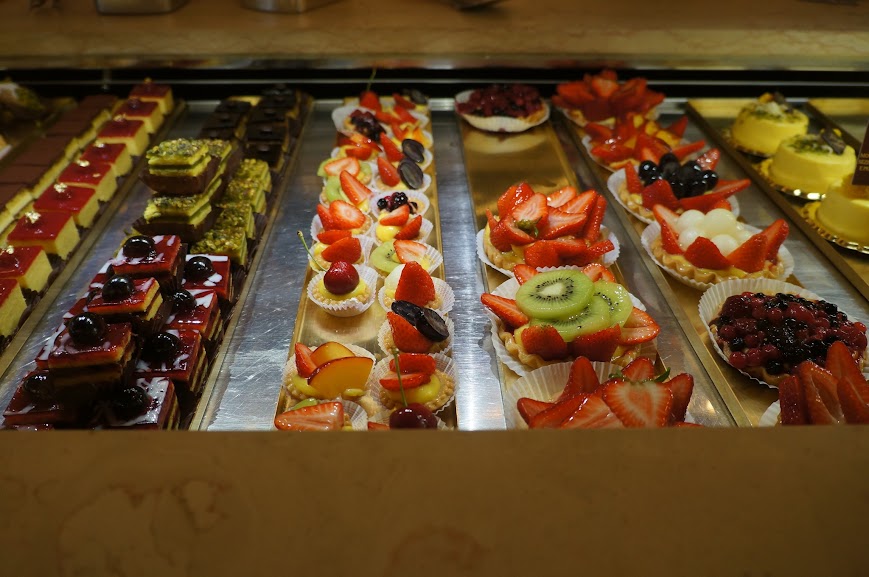