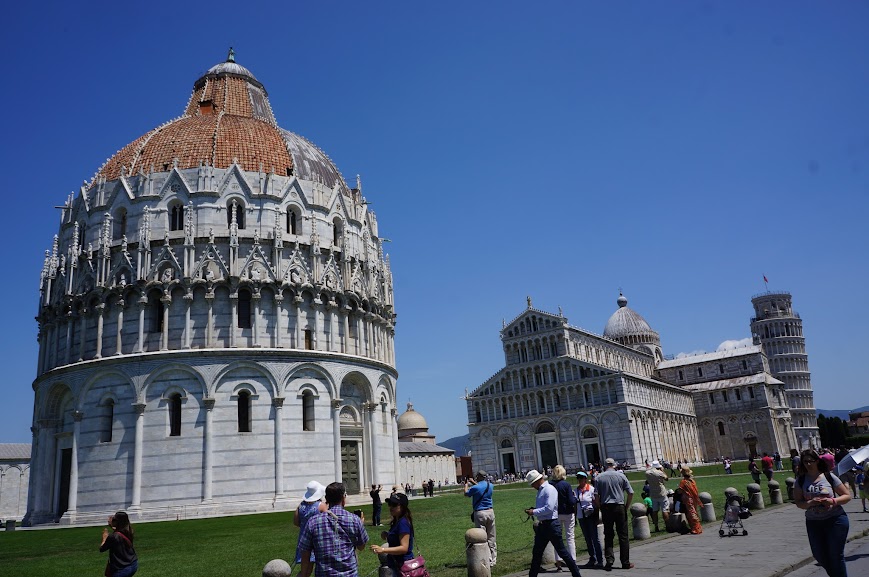 On our way toward Florence, we visited Pisa—an ancient medieval city. The most famous is the Leaning Tower (Torre Pendente).

Today, the tower has been reinforced and the lean decreased by 14 inches. Galileo Galilei (1564-1642) was known to have performed experiments on the velocity of falling objects at the top of the tower. 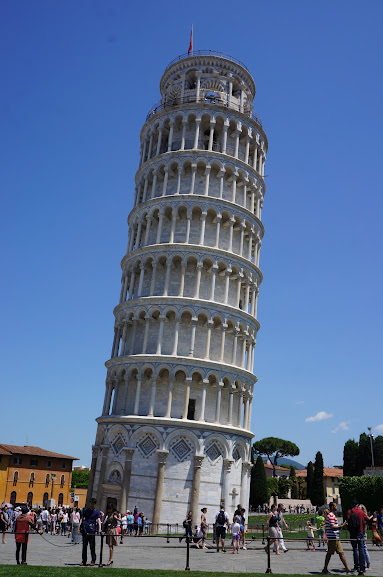 Unfortunately, we only had two to three hours here, so we had a quick lunch and only got to explore the grounds near the tower. We were not able to climb to the top of the tower or visit the Duomo and Baptistry. 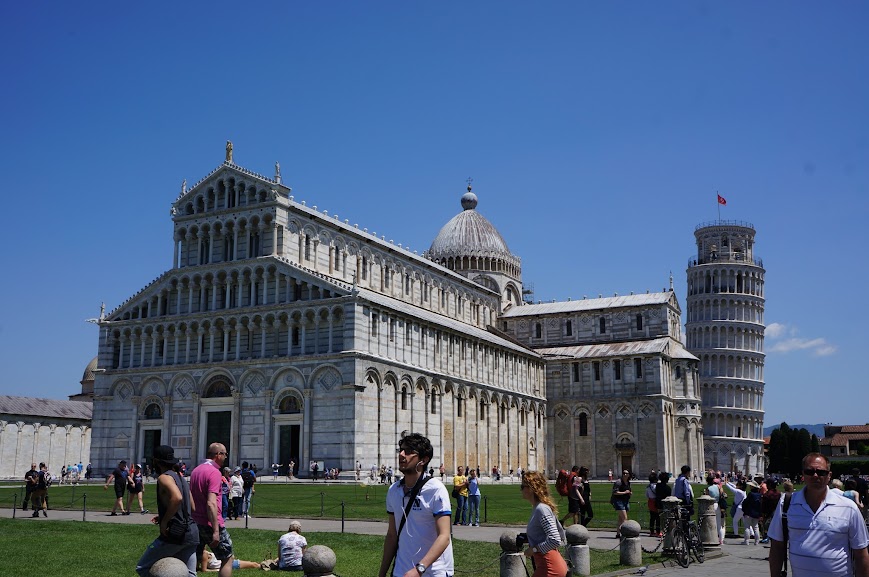