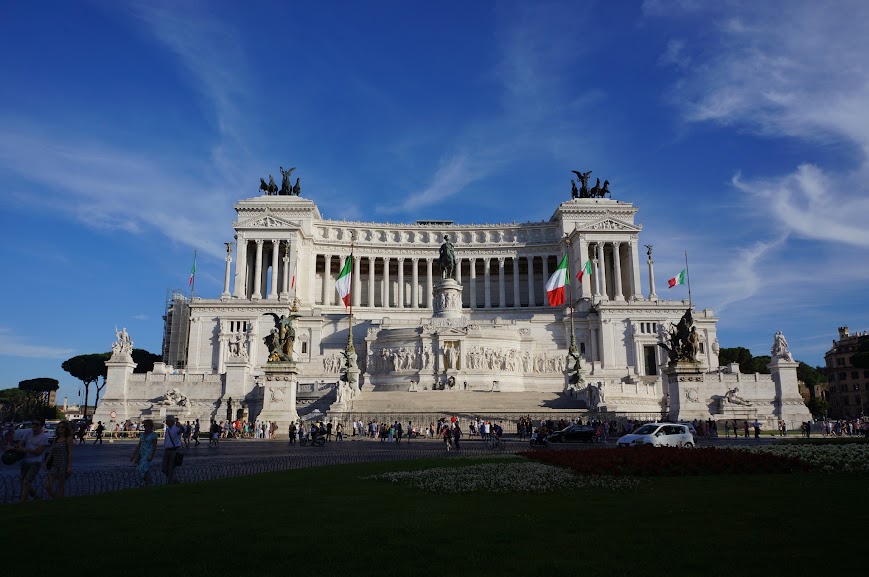 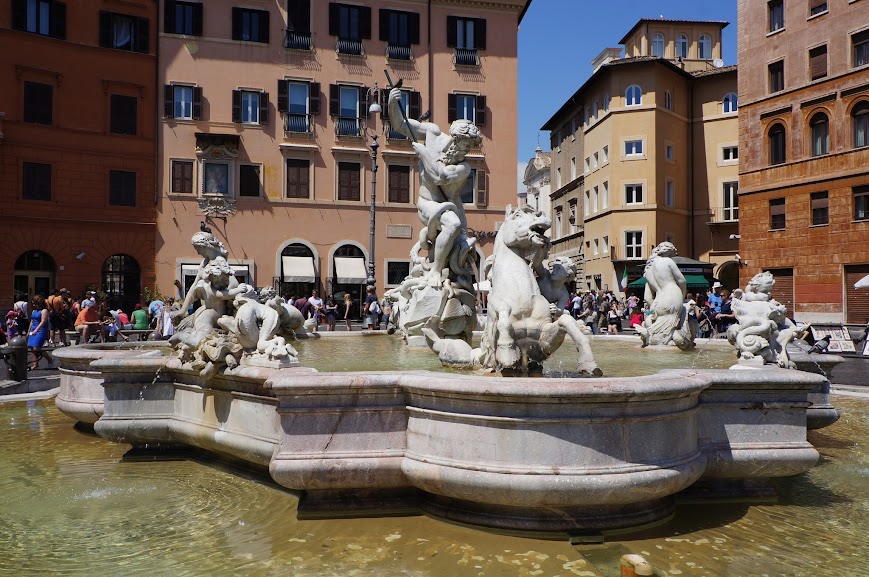 From May 31 to June 4, we stayed at a boutique hotel in Piazza Navona, the district within walking distance of St. Peter’s Basilica and Castel Sant’Angelo. The area is very peaceful and away from most of the busy tourist crowds. The Piazza contains fountains and buildings that are influenced by the Baroque style. Several cafes line the Piazza and provide an interesting place to people watch and observe street artists. We had lunch at a pasta shop. The pasta is cooked al dente—the noodles were not as soft but the sauce was rich and flavorful. 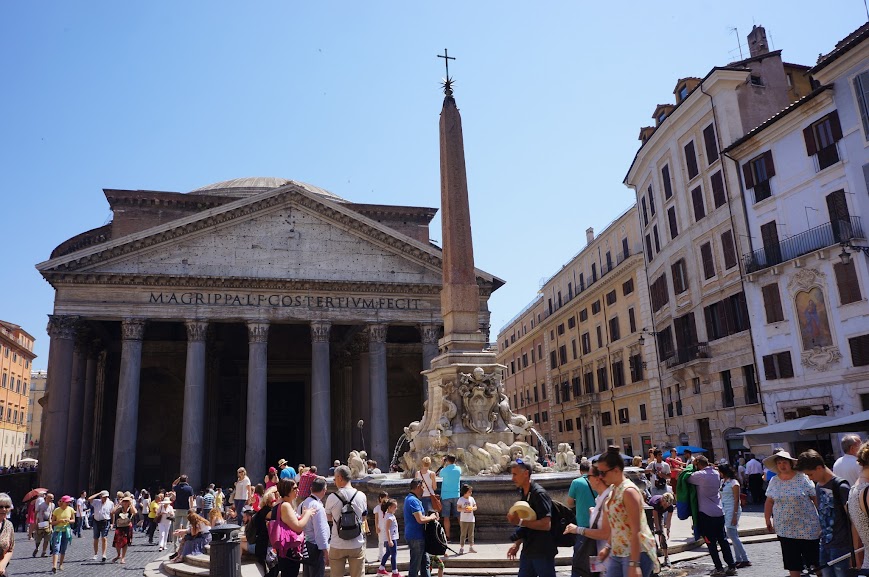 On May 31, we visited the Pantheon, which is located in the financial and governmental district of Rome. The Pantheon is a well-preserved building from 1st century AD. 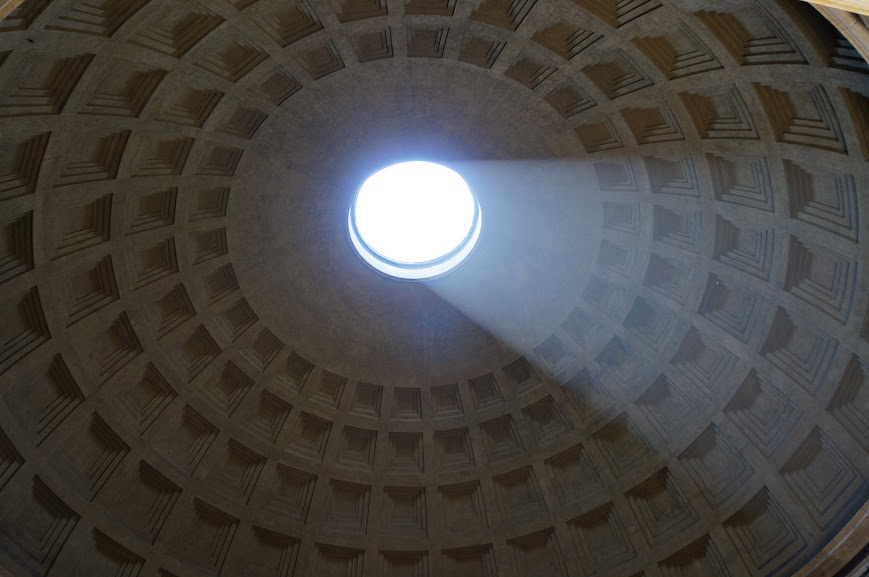 Circular oculus of the Pantheon

The circular oculus of the Pantheon has inspired several neo-classical, governmental buildings in America. 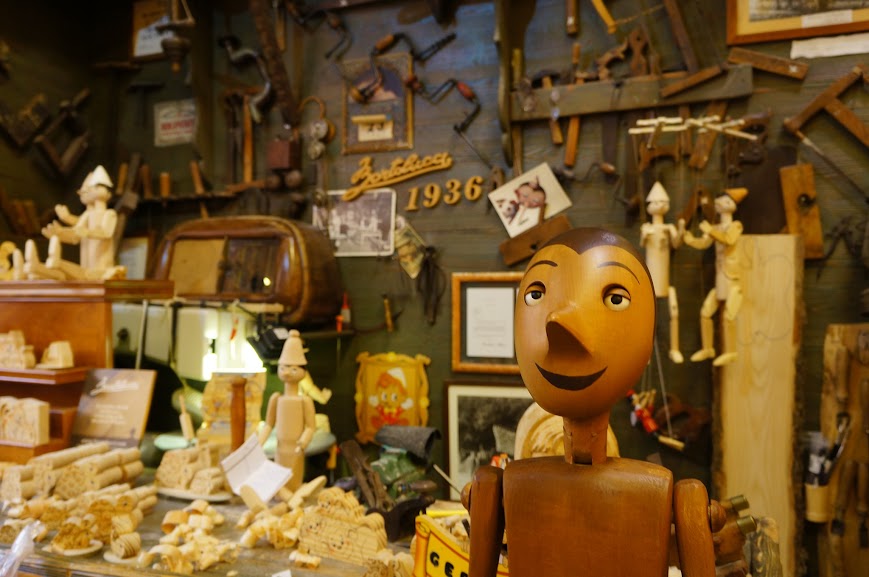 Next as we wandered the streets nearby the Pantheon, we visited Bartolucci – a renowned woodwork company by Francesco Bartolucci. This woodwork shop has an exhibit of Pinocchio (the famous marionette puppet story) complete with Geppetto’s workshop.  All the pieces in the shop are handcrafted in Italy. 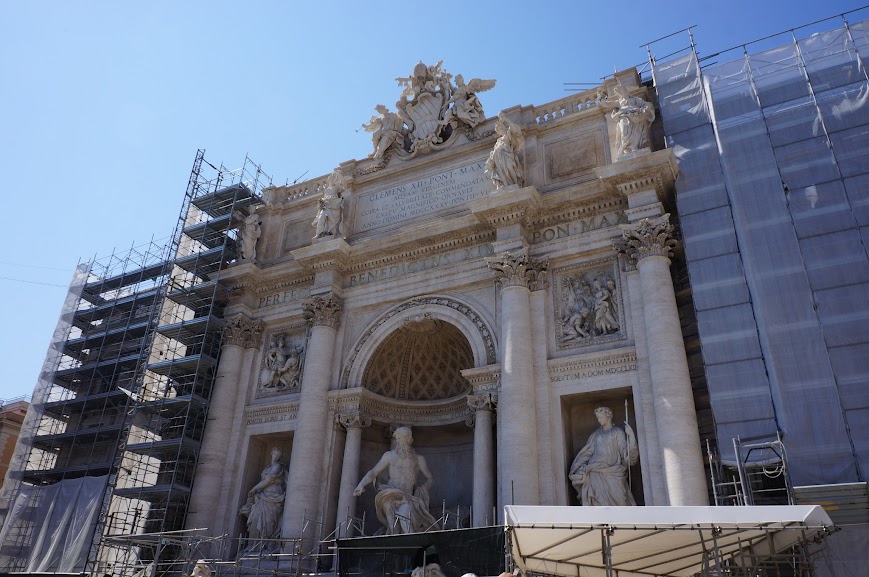 We continued our walking tour of Rome by heading to the famous Trevi Fountain. Unfortunately, the fountain was being refurbished so we were not able to see the fountain in all its glory. 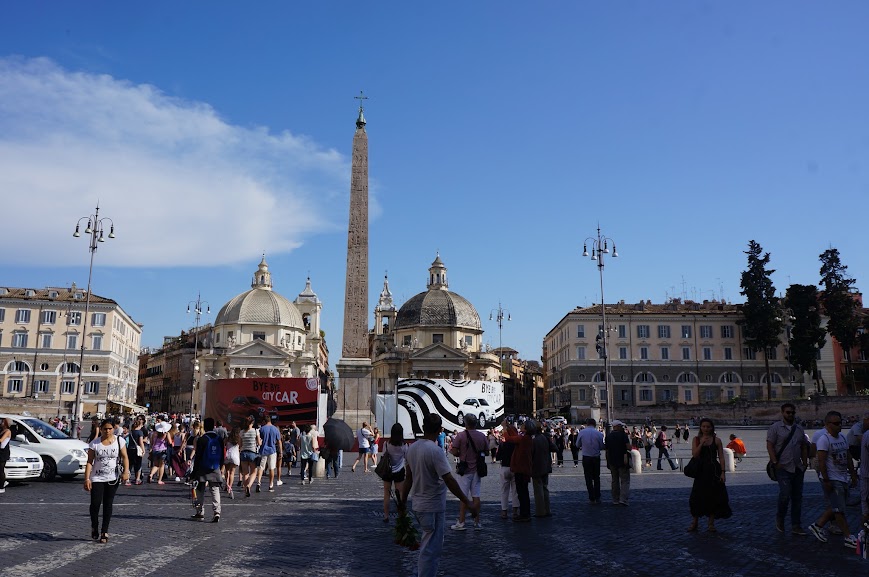 Next up was the Piazza del Popolo, where an Egyptian obelisk towered over the piazza. Nearby is a museum devoted to Leonardo da Vinci’s inventions. 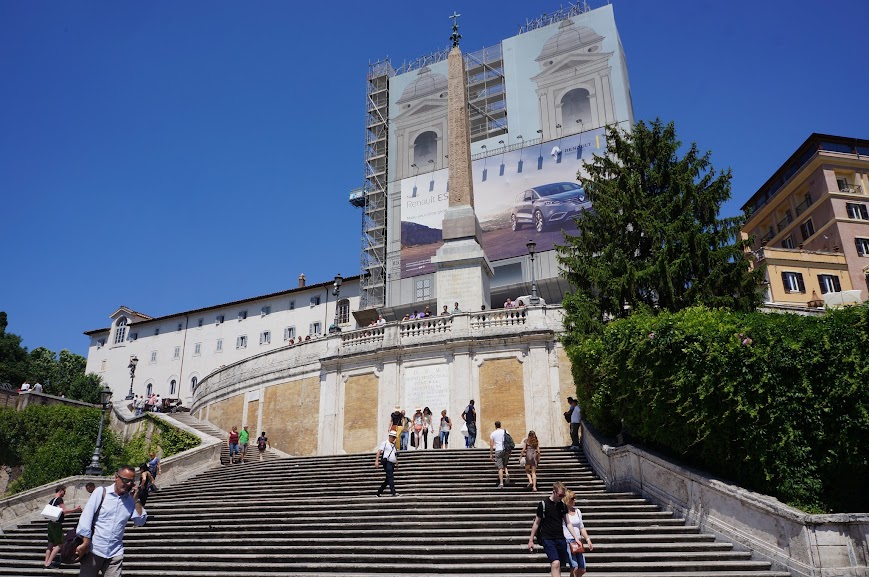 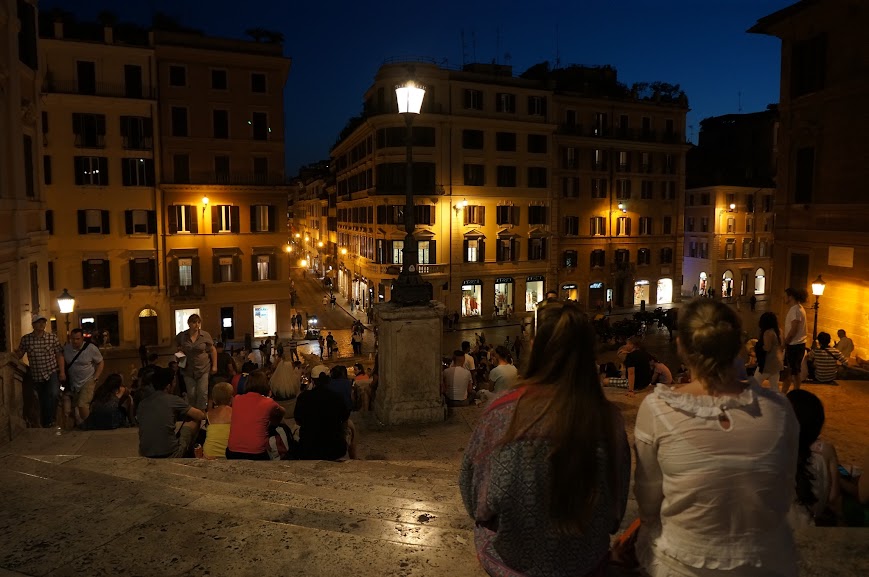 Then we walked back to the Piazza di Spagna and walked up and around the Spanish Steps. Tired from walking we rested at the hotel before exploring dinner options nearby.

We tried the coda alla vaccinara (oxtail braised in herbs, tomatoes, and celery). 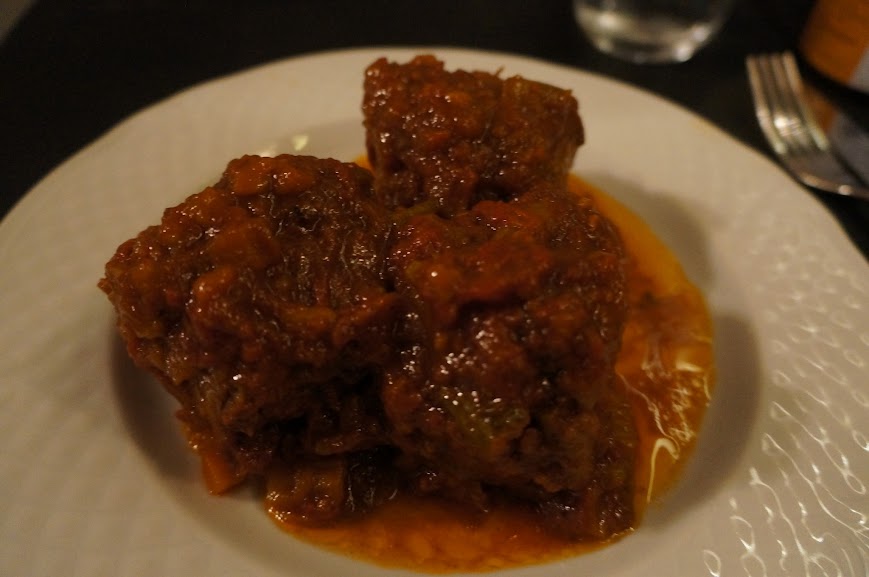 After dinner, we walked around the Castel Sant’Angelo. 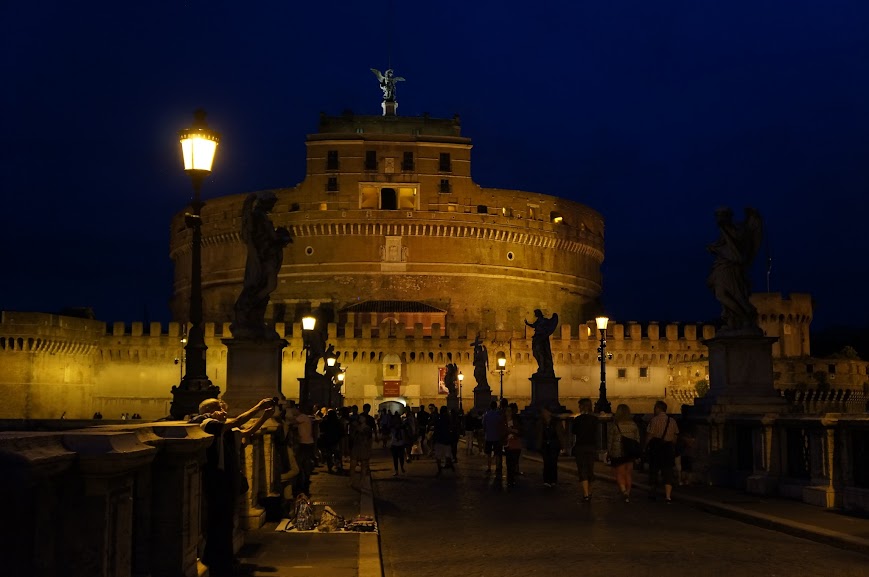 The following day on June 1, we went to the Roman Forum to examine the main site of Roman history. 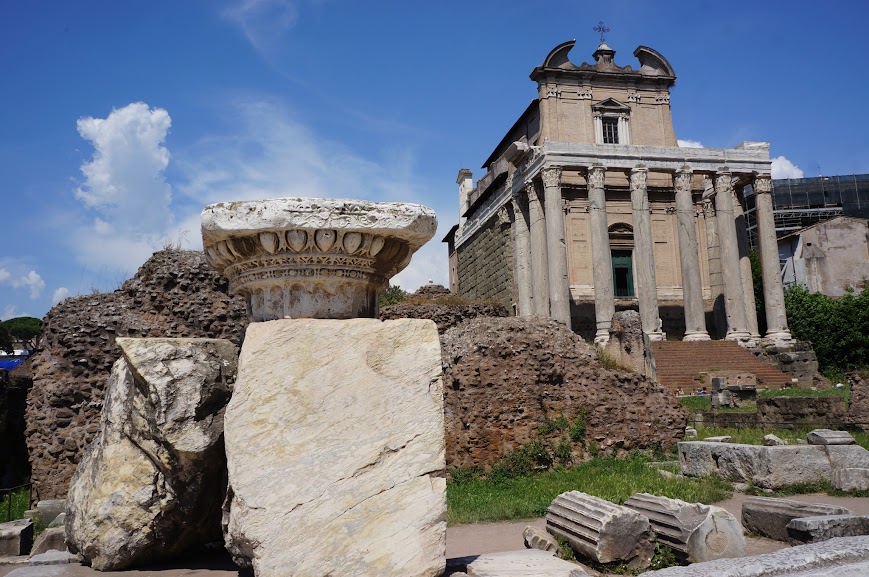 Then we had lunch at one of the local restaurants. Our next destination was the Museum Capitalino that showcased the Roman artifacts found in ancient Rome. 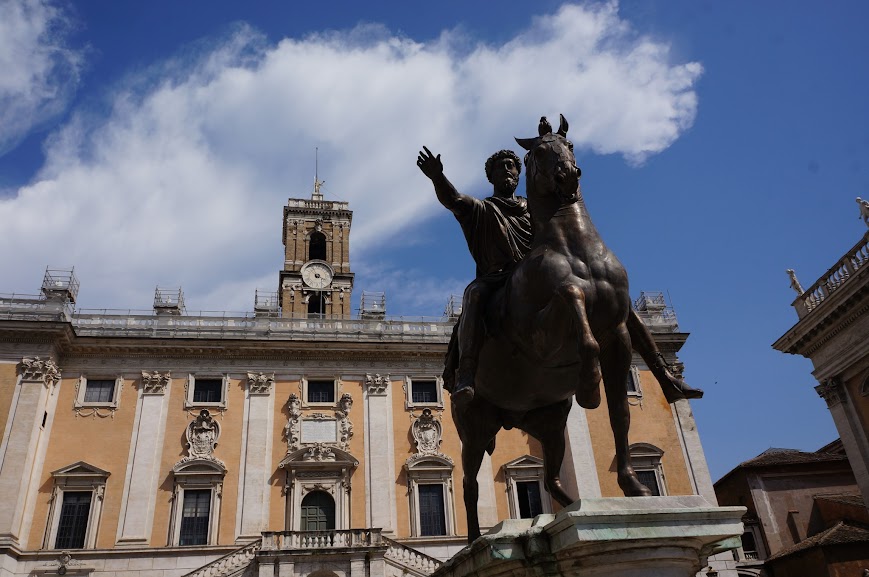 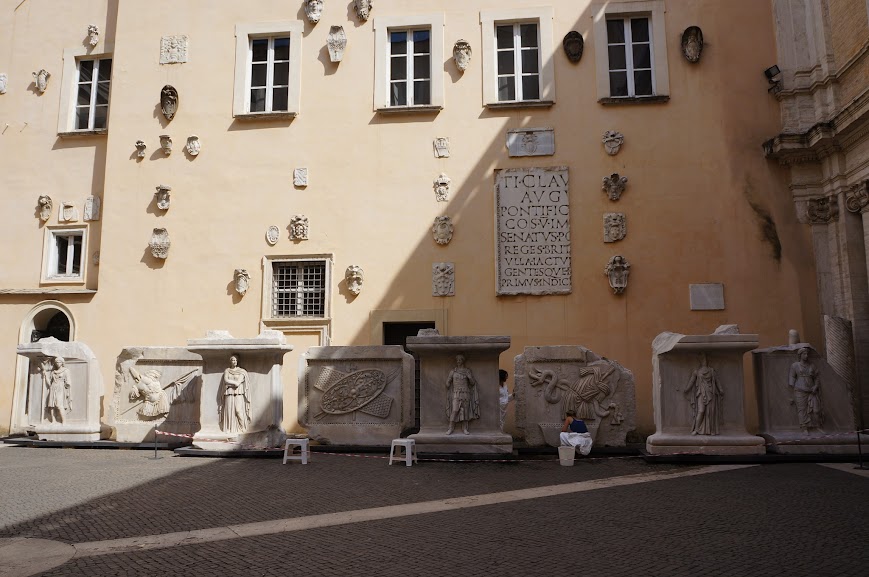 Afterwards, we enjoyed a luxurious seafood dinner at Bistrot del Mare. This restaurant allows you to choose your fish and how you wish to cook it (oven-baked, salt-crusted, or fried). It also offers several seafood pasta specials. 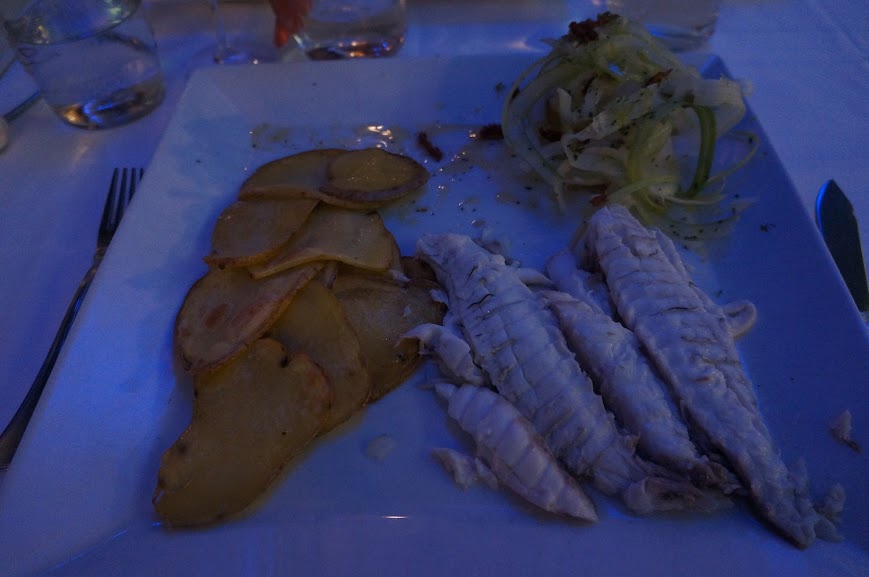 In the early morning on June 2, we took a half-day trip to Ostica Antica (see separate post)—an ancient Roman harbor 21 miles outside of Rome (30 minutes by local train).

Upon our return to Rome, we visited several churches in search of the masterpieces by various Renaissance artists. First, we visited the San Luigi dei Francesi Church to examine the beautiful paintings by Caravaggio. 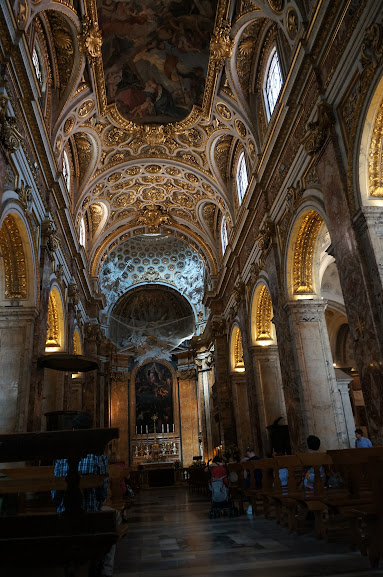 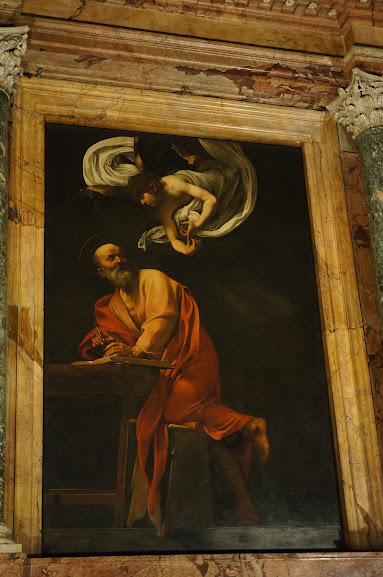 An example of a Caravaggio painting

Then we headed to the Santa Maria della Vittoria church to examine the famous sculpture of St. Theresa in Ecstasy by Bernini. 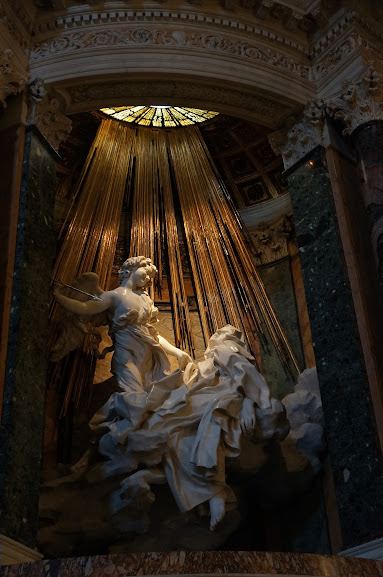 The rest of the days were spent wandering around the city, enjoying the atmosphere. Before long it was time to bid “ciao” to the eternal city!