Located west of Osaka is Himeji (姫路), the second largest city in the Hyogo Prefecture of the Kansai region of Japan. If one takes the Shinkansen, it is only a short trip away (less than an hour) from Osaka. We chose to visit Himeji for its magnificent Himeji Castle. Stark white and imposing in appearance, the castle befits its other name: White Heron Castle (Shirasagijo).

Another view of Himeji Castle

Just past the Otemon Gate, we walked into an enclosed area called the Sannomaru. Here one can get a picturesque view of the castle with cherry trees in the foreground. During cherry blossom season in early April, many visitors would flock to admire the beautiful castle among the flowering pink of the blossoms.

We opted for the combo ticket for the castle and garden. After purchasing the tickets, we proceeded through the gate. We followed the winding, walled paths that ascended towards the main castle keep; the paths were designed to slow down and expose the enemy forces. 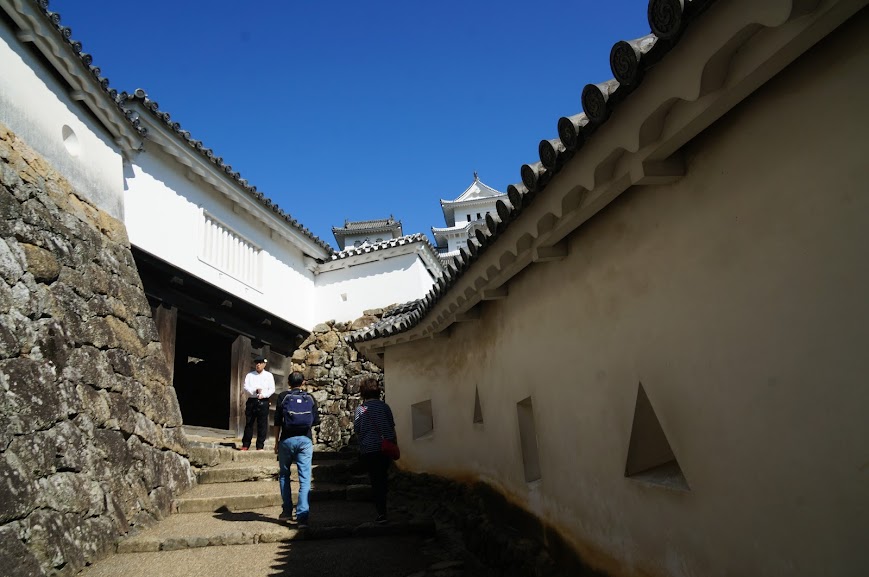 Following the narrow, hilly path to the castle keep

The main castle keep consists of six stories made of wood. Inside the keep, one has to remove their shoes and carry their shoes in a bag provided by the staff if you desire to tour the interior. Each level of the keep is unfurnished lit with the natural light from the narrow windows. There are few signs explaining the architectural features of the building.

The staircase leading up to the higher floors get narrower, as if trying to impede those from reaching the top. At the topmost floor is a shrine and wider windows offering a view of the sprawling castle grounds and the city of Himeji below. 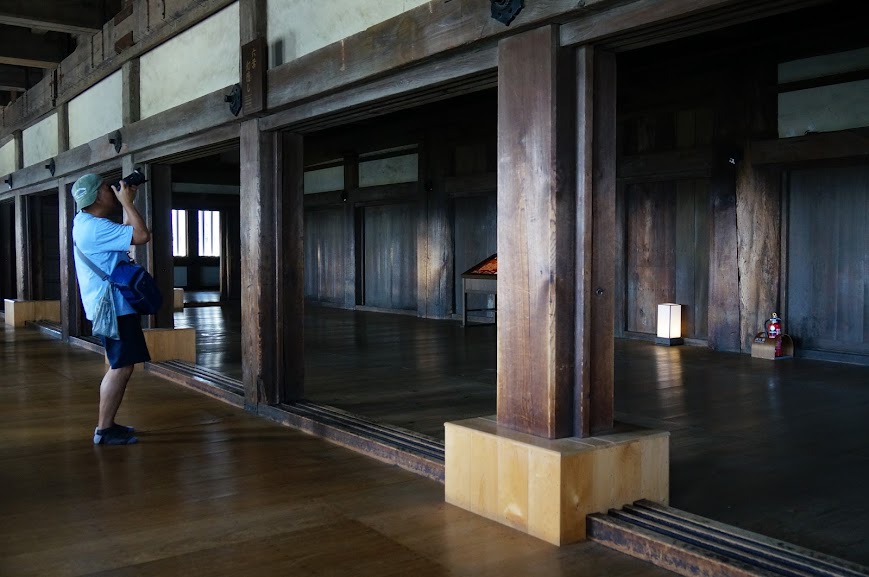 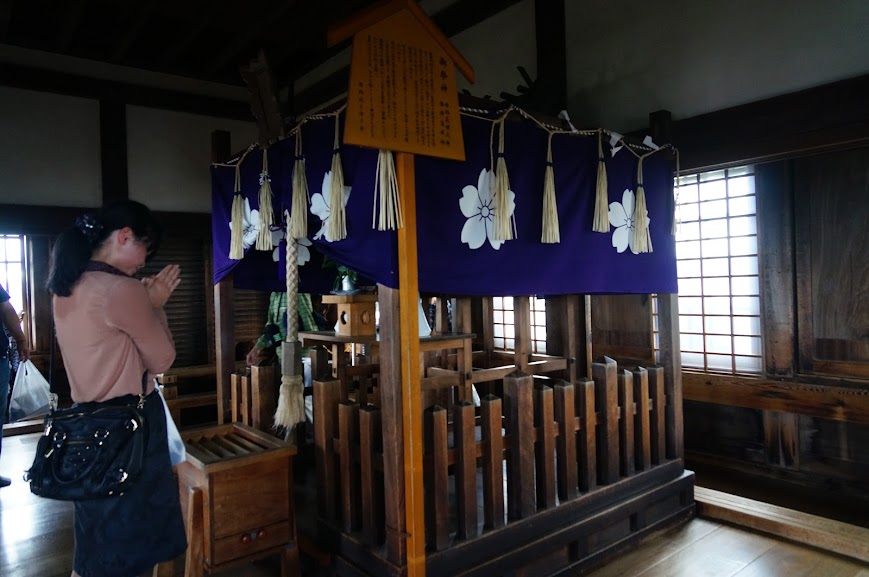 Paying respects at the shrine at the top of Himeji Castle

Here you can also get a closer look at hte tiled roofs and fish-shaped roof ornaments. 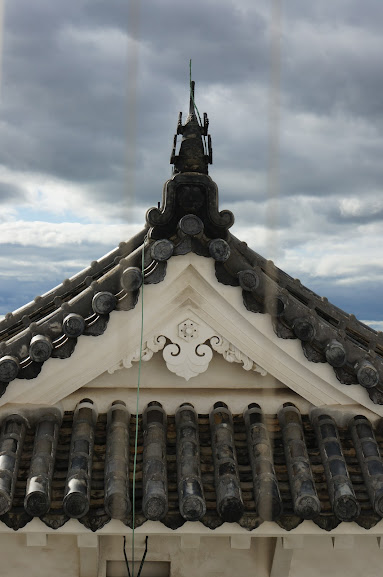 A closer look at the ornamental roof decorations

After exploring the castle, one has the option of exploring the west bailey called the Nishinomaru, which was the princess’ residence. For us, we chose to exit and go to the Koko-en Garden. On the path down, the fortified walls had small windows, which allowed archers to fire arrows at an advancing enemy, and a rain gutter at the base of the wall.

We returned to the main entrance and headed towards the garden located west of the castle (see map below).

The Koko-en Garden is a recently constructed garden located on the site of a former feudal lord’s west residence. The garden consists of 9 separate walled gardens designed according to the tastes of the Edo Period. The main attraction is the tea house where one can relax with a cup of green tea while admiring the scenery.

The rocks are a brilliant contrast amongst the greenery of the well-manicured trees and water, creating an ideal picture of harmony and serenity.

One of the nine gardens at Koko-en

Overall, Himeji is worth visiting as either a half-day trip or one-day trip. The historical sites are quaint and well-maintained. We did not stay for dinner and instead headed back to Osaka for the evening.