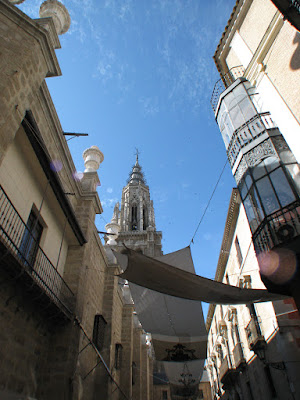 We had woken up early at 6:30AM to head to the city of Toledo—a fortressed city approximately one hour from Madrid. Located along the Tagus River, the longest river in Spain, Toledo is known world-wide for its steel making and leather working. Local hotels in Toledo are called las cigarrales, Spanish-style country houses; in the past, nobles would stay at these “stately country houses” for recreation. In the past, Toledo was the Visigoth’s capital. The city was conquered by Alfonso VI during the Reconquista of Spain.
END_OF_DOCUMENT_TOKEN_TO_BE_REPLACED