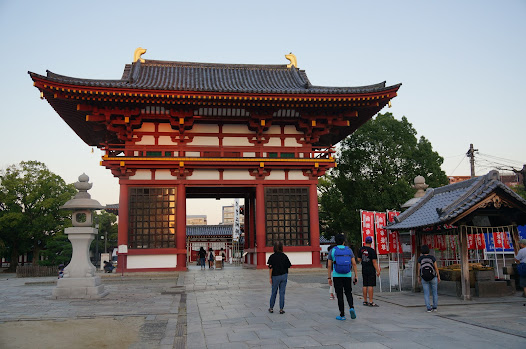 Once we settled down and relaxed for awhile in the hotel, we headed out to the Tennoji district, the older part of Osaka. We first visited the Shitennoji Temple (photo above), one of the oldest Zen Buddhist temples in Japan from 593. Although the buildings were renovated, they still have its spiritual charm. Just beware of the mosquitoes that surround the pond near the side of the temple. END_OF_DOCUMENT_TOKEN_TO_BE_REPLACED