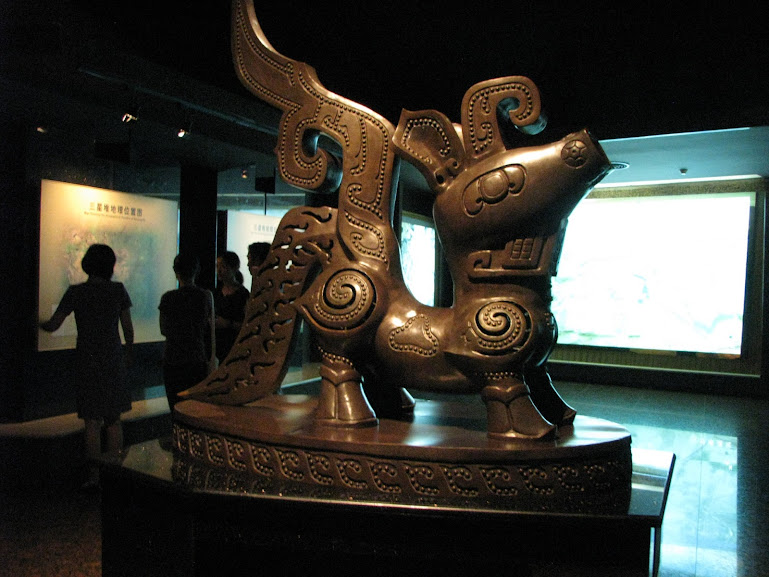 We finally arrived in Chengdu, the capital of Sichuan province, at 11:40 AM and met our lovely tour guide, Cathy, who will guide us during our stay in Sichuan province. We had lunch at the Golden Hawaii, a formerly prestigious restaurant by the décor but now only caters to tour groups. The service was slow but we tried to be accommodating. For our first taste of spicy Sichuan cuisine, we tried fried pork with beansprouts, kungpao chicken, corn nibblets, Chinese long beans with peppers and eggplant. Although spicy (even though we asked for very mild spicy), the sauce used was very flavorful and had a distinct taste of Allspice. END_OF_DOCUMENT_TOKEN_TO_BE_REPLACED